The beauty of politics

The viewer is welcomed into Suzy’s, a pink-hued beauty salon in which the working atmosphere is anything but rosy. The salon’s main hairdresser, Nazli, is missing, while Salma cuts hair but refuses to shampoo, leaving Loulou to do it – for which Salma ignores her ‘inventory misappropriation’.

Egypt has experienced a chequered political history, culminating in the Arab Spring of 2010/2011, which has led to widespread feelings of disenfranchisement as people have become frustrated with the lack of change.

Mada Masr hopes to encourage greater political engagement by comparing the bureaucracy and corruption in the workplace to the presumably greater amounts in Parliament. ‘The campaign aims to renew the quickly diminishing interest in political affairs in once-committed and involved citizens,’ Gautam Wadher, JWT Dubai creative director, told AdFreak.

In a Dislocated World rocked by political turmoil, brands are looking to re-engage with a politically detached Generation Z. 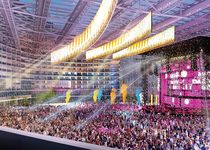 The media-tels merging hospitality with tech:

With the worlds of technology and travel increasingly colliding,... 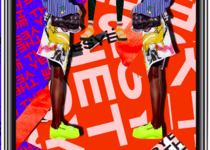 Social networks and gaming environments are opening up as shopping... 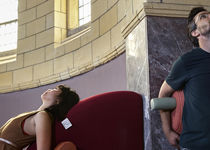 The global pandemic has shifted people’s priorities to focus on home...

Experimental clothing brand Vollebak is starting to stock its collections in physical locations – but opting...

While sales in the overall beauty category have fallen during Covid-19, research by The Body Shop reveals...

The automotive firm and music streaming service have partnered on a series of a sonic city tours to promote...

Clothing brand Carhartt WIP is tuning into its audiences’ interests through the launch of a music-inspired...

According to the Connected Beauty Consumer report by Google, WPP and Kantar, there are no gender...

The skincare brand has launched a waterless body cleanser in a bid to make the personal care industry more...

Bags and accessories brand Freitag is taking an industrial-style approach to its Kyoto store, drawing...

Many consumers still feel an element of scepticism about data policies and the ways in which marketers use...

The skincare brand’s latest industry-wide course aims to equip salon professionals and retail staff with the...

Educational institute My ArchiSchool aims to inspire young architects through the launch of the...

Youth : Society : Australia
Load More
You have 2 free News articles remaining. Sign up to one of our membership packages from just £100 a month.
View Subscription Offers Sign in