New York – Lyst is targeting online shoppers on their commute with a new advertising campaign on the New York subway. 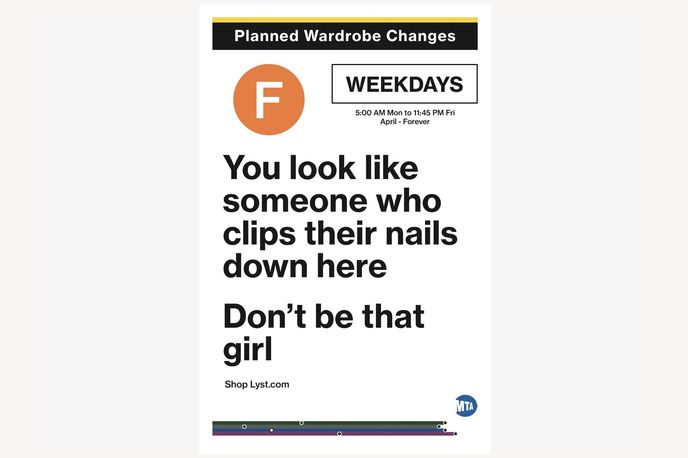 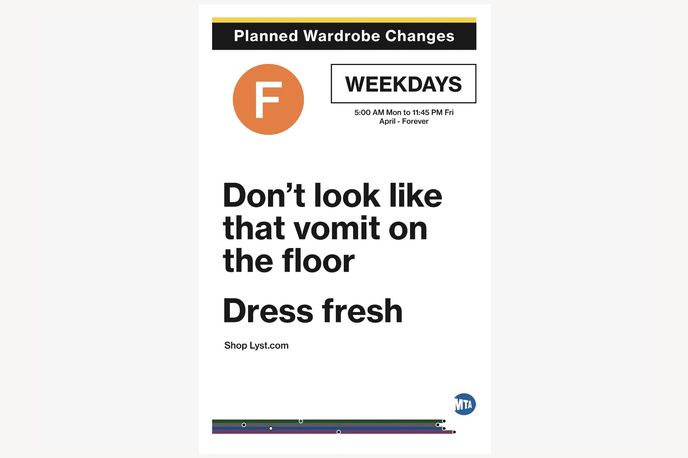 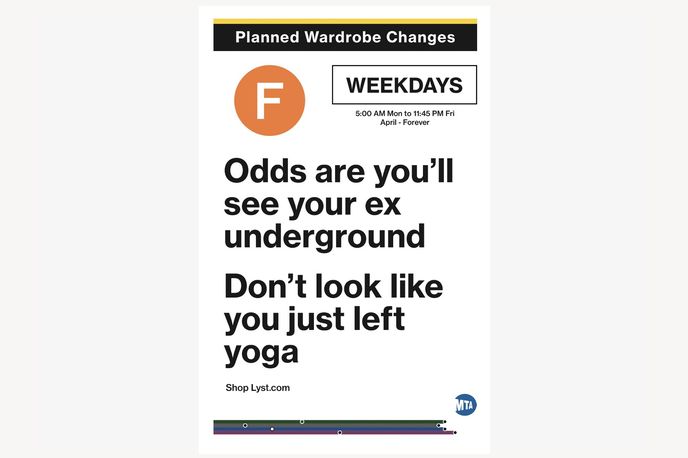 The fashion e-commerce platform has created a range of flyers that mimic the design of their official Metropolitan Transportation Authority counterparts. The posters make wry comments about the negative aspects of travelling on the subway, offering shopping on Lyst as a potential remedy. One example reads: ‘If you didn’t see someone peeing on the tracks today, you will soon. Prepare by storing endorphins. Looking good helps.’

Lyst created the campaign after analysing user data that showed that purchases in New York soared after work at 7:00pm. The research also revealed that each Manhattan neighbourhood had distinct shopping habits, with Soho exhibiting a 15% higher search volume than Midtown, for instance, although the latter had a 62% better conversion rate.

‘That smell on the train doesn’t always make sense and neither does fashion, but it’s a lot more fun. New York is a diverse city with so many different personalities that are often unified in their discomfort on the train,’ said a Lyst spokesperson.

Big data is big news in fashion retail at the moment, with businesses such as Lyst, Yoox Net-A-Porter and United Colors of Benetton using data analysis to create more personalised conversations with their customers.

Society : Workplace : Health
Load More
You have 1 free News articles remaining. Sign up to one of our membership packages from just £100 a month.
View Subscription Offers Sign in