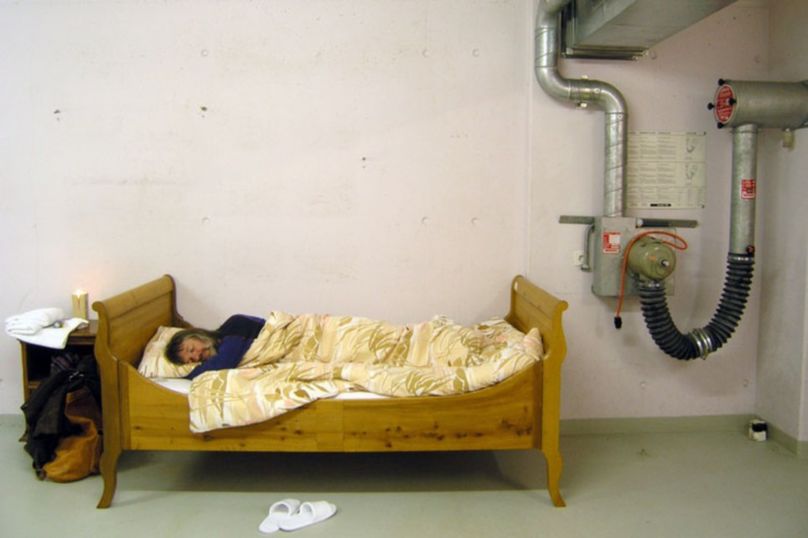 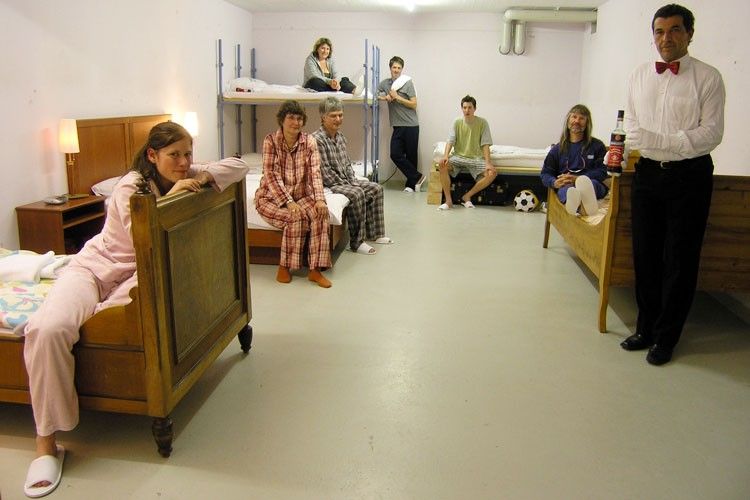 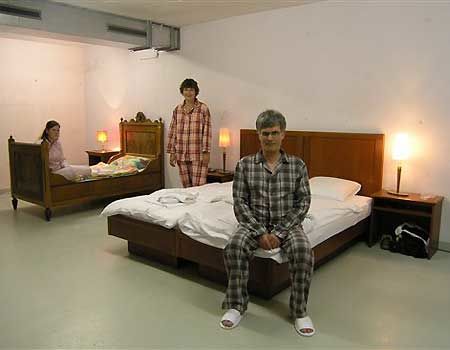 Sevelen, Switzerland – A no-star hotel is soaking up the current New Sobriety atmosphere by taking austerity to the extreme and turning hotel luxury on its head. The Zero-Star Hotel, in the Alpine town of Sevelen, is housed in a Swiss nuclear bunker and maintains a no-frills experience with no windows and a ‘wheel of fortune’ deciding whether guests receive a warm shower in the morning.

The building of the Zero-Star Hotel has been left untouched because of military regulations, which state that it must be able to return to its previous incarnation as a nuclear bunker within a 24-hour period. The outside world is visible only from the reception area and via each room’s television monitor, which streams images from strategically placed cameras. A more luxurious option for rooms is available, but goes only so far as to include a morning coffee and an evening cookie. Having no luxury at all might be just as much a novelty as being swaddled in five-star luxury.