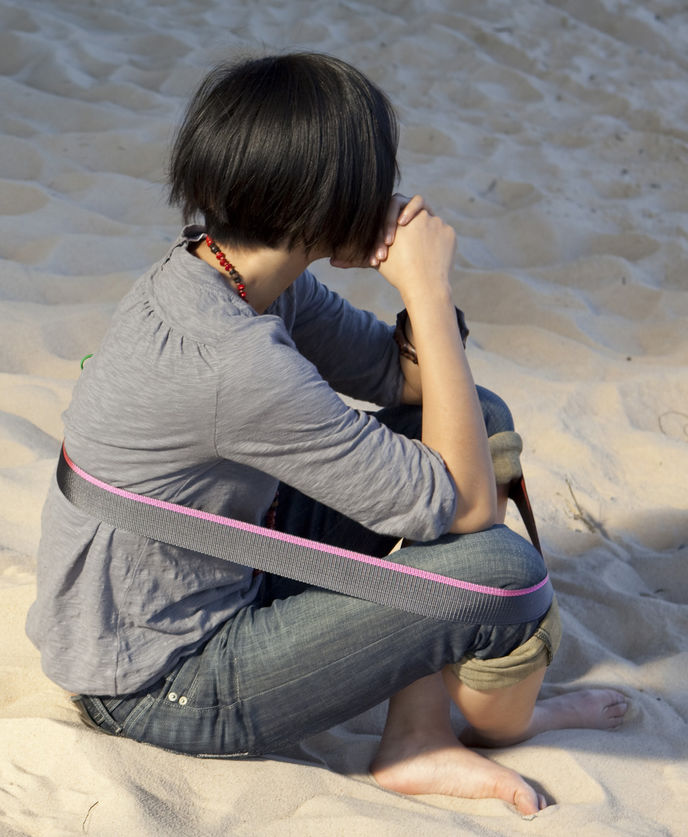 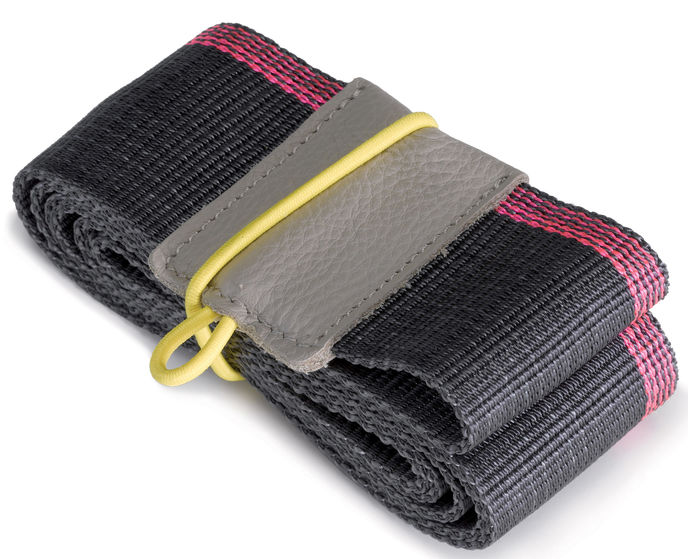 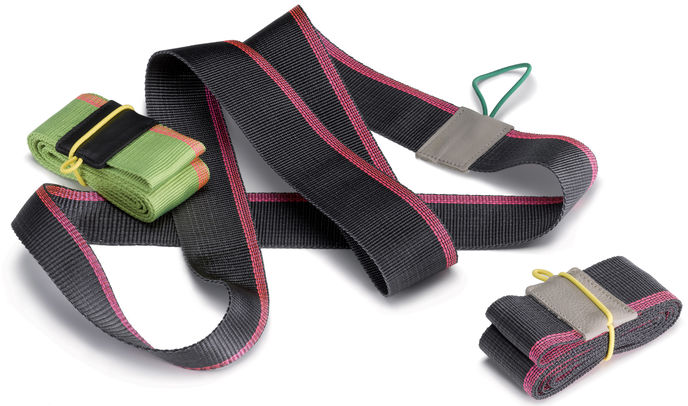 Milan – A seat that consists of a simple strap turned heads at the 2010 Salone Internazionale del Mobile.

Chairless is a strap that weighs just 85g and is 85cm long and 5cm wide; it loops around the back and knees to ensure correct posture when the user is seated. The belt, made of dyed polyamide, was inspired by a device used by the Ayoreo Indians of Paraguay. The aptly named collaborative effort between Chilean architect Alejandro Aravena and Italian furniture house Vitra allows users to sit comfortably and safely wherever they are. Easy to store in purses or pockets, ‘Chairless’ allows users to make phone calls, work on a laptop, eat or read while seated on the ground.

While the concept may appear simple, ‘Chairless’ has been constructed to relieve tension on the spine, lower back and legs, allowing users to remain seated at a concert or cinema, in a lecture theatre, on the beach or in the park, without risking strain or injury. It has been designed for users whose height ranges from 160cm to 195cm. ‘Chairless’ can be bought for €20 solely on the internet and a percentage of the purchase price is donated to the Foundation for Indigenous Communities in Paraguay.

Although ‘Chairless’ will not be officially released until June, the first batch has already sold out, making this one novelty idea that looks set to succeed.