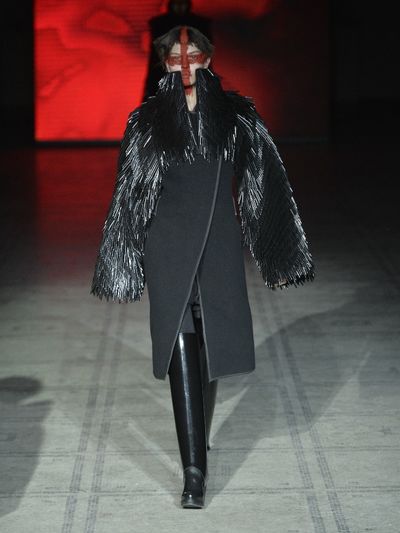 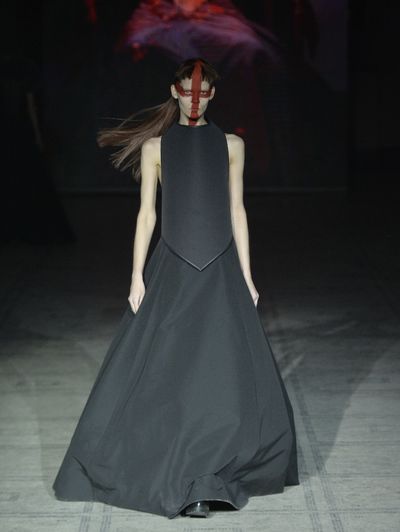 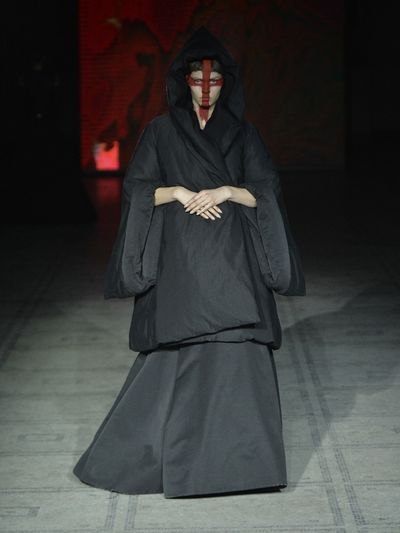 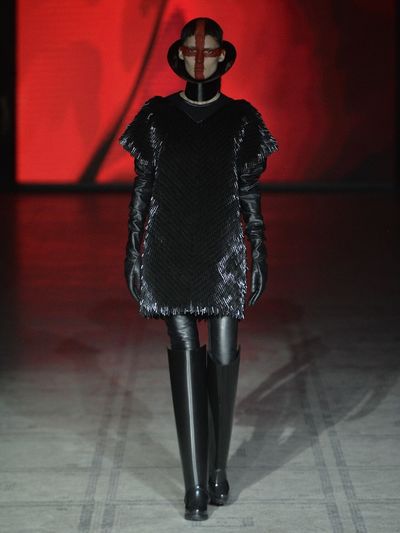 In a show that merged patriotism and references to history’s warrior women, Pugh’s autumn/winter 2015 show at the Victoria and Albert Museum, explored ideas of fellowship and sacrifice in a visceral, body-shuddering show.

The models were adorned with the St George’s Cross, smeared in tribal make-up and decked in black ball gowns, leather armour and gladiator helmets, strutting their stuff to the roars of Matthew Stone’s score that featured recordings of Sunderland Football Club in full voice.

‘It’s about sacrificing yourself for the good of a group,’ said Pugh backstage at the show. ‘It’s the idea of going into battle and being ready.’

For more on the brands and designers celebrating neo-piety and drawing on religious iconography read our Post-faith design direction.