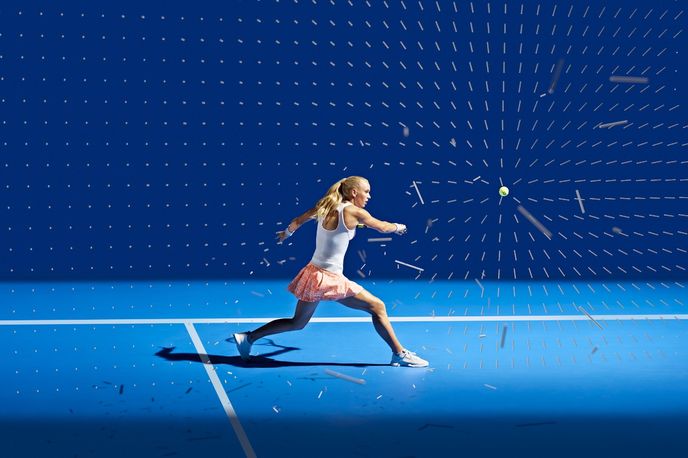 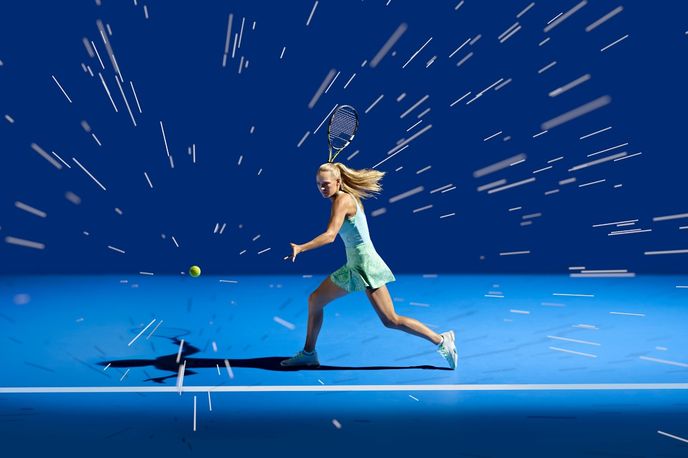 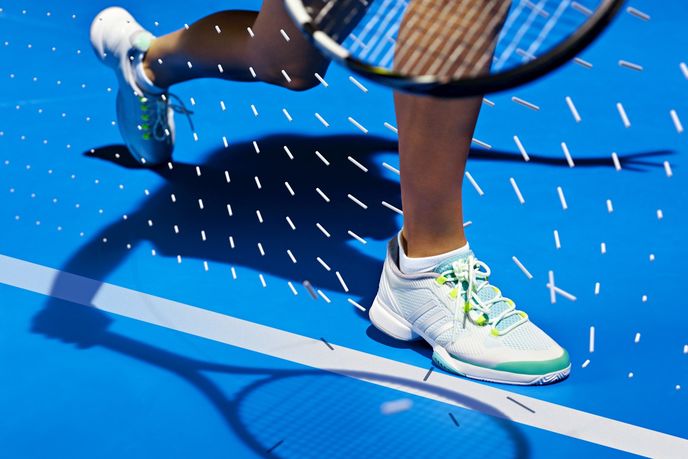 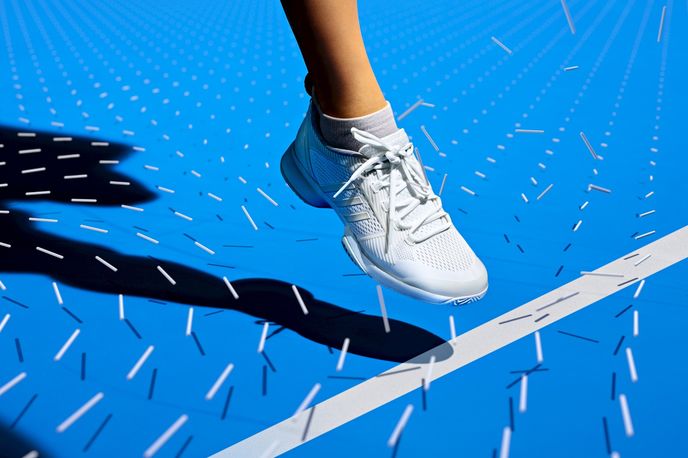 Barricade by Field and Made Thought for Adidas x Stella McCartney.

London – Adidas captures the analytical and performance-driven world of professional tennis in a new campaign for its Barricade sportswear range.

To mark the announcement by Adidas of Stella McCartney’s Barricade spring/summer 2015 campaign, launched at the Australian Open, Design agency Field, in collaboration with branding and design consultancy Made Thought, captures the sport’s obsession with microscopic analysis and its bid to understand the artistry of the players.

Field’s print and motion graphics campaign captures former world number one Caroline Wozniacki as her graceful movements and powerful shots cut through the flow fields that surround her – creative representations of the analytics used by coaches to study a player’s swing.

‘The campaign aims to encapsulate the theatre and the elegance of the tennis player, merging this with a creative response to the data point analysis that underpins all aspects of tennis training today,’ says Nick Marshall, head of strategy and planning at Made Thought.

For more creative representations of data in the world of fashion read our Innovate on Diesel’s flagship store in Rome.