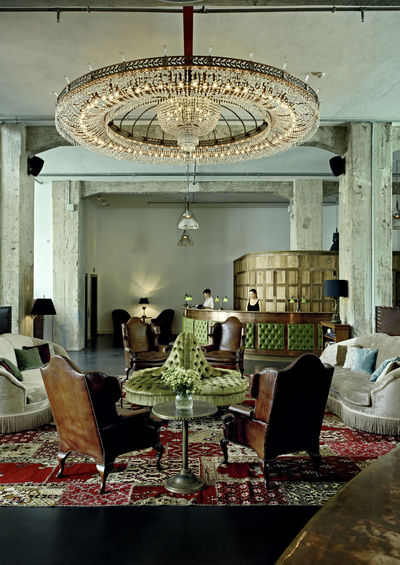 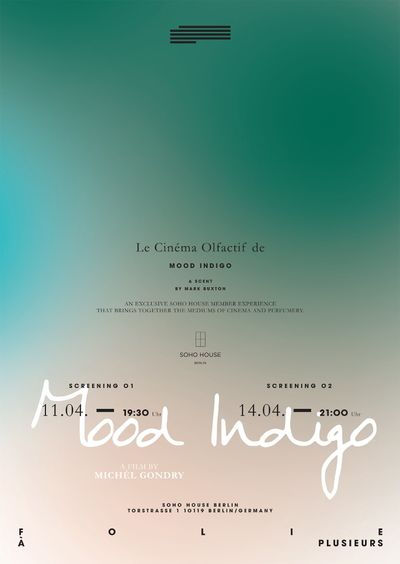 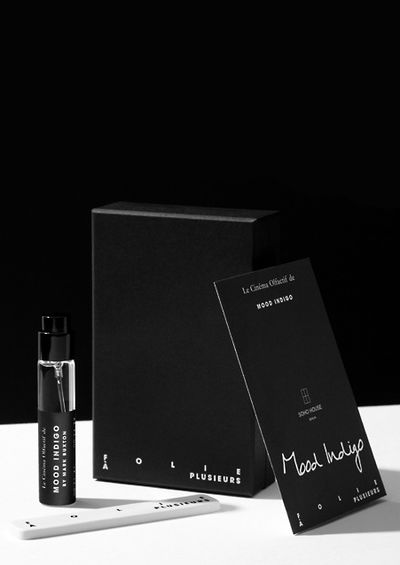 Berlin – The march towards total sensual experience continues apace. At two screenings of Michel Gondry’s futuristic, jazz-noir film L'Écume des Jours (Mood Indigo) at Soho House Berlin in April, the audience not only watched a kaleidoscope of flowers burst across the screen, they smelled it too.

The experience, called Le Cinéma Olfactif, is the brainchild of Kaya Sorhaindo, a scent impresario whose Paris-Berlin fragrance business Folie à Plusieurs specialises in elevating art of all types through scent. For Le Cinéma Olfactif Sorhaindo collaborated with fashionista perfumer Mark Buxton, who created a fragrance specially for Mood Indigo.

At key moments, Buxton’s scent – a jazz-inspired fusion of woody notes, chamomile and red pepper – suffused the room, creating sudden thrill and wonder. Soho House used a diffusion unit created by Scentys in Paris, which was operated manually to ensure the scent harmonised with the visual and aural stimuli.

After the screening, guests were given a 'memory box' containing a 10ml bottle of Mood Indigo scent to take home. Le Cinéma Olfactif was such a success that Mood Indigo and Buxton's future film scents will be sold in select shops in key cities, and the series is set to continue at Soho House in Berlin and will move to London in September.

The future of art is here, and it smells good. For another intriguing mix of fragrance and theatre, read our Innovate on Selfridges Fragrance Lab.