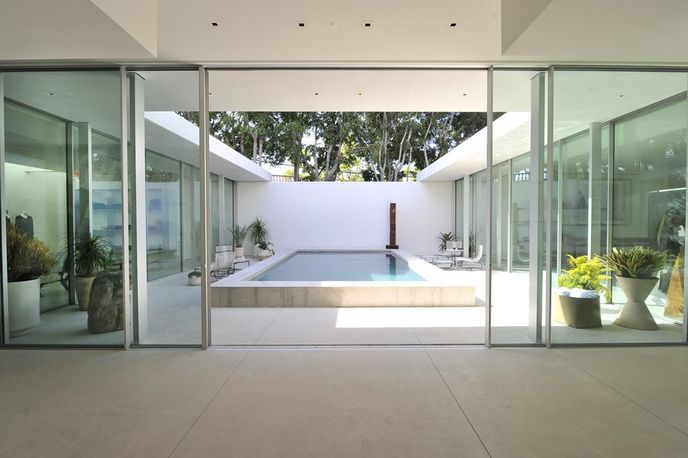 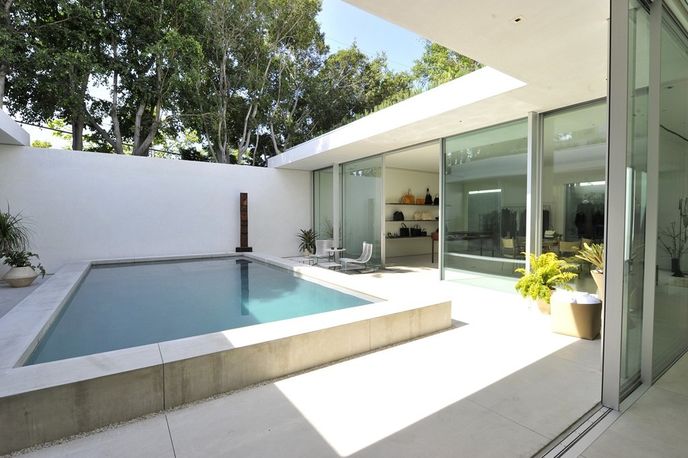 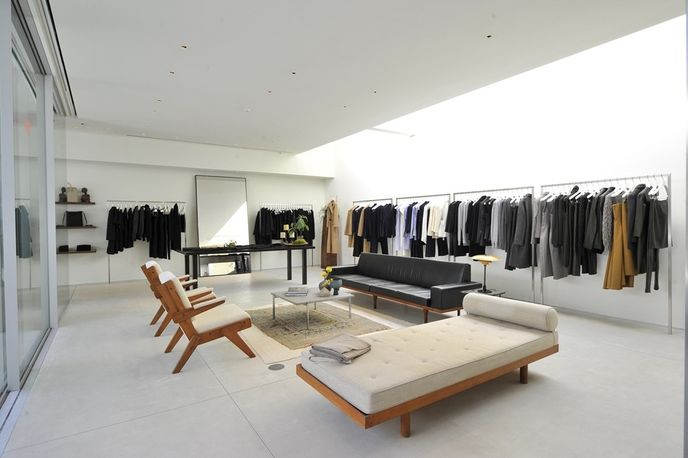 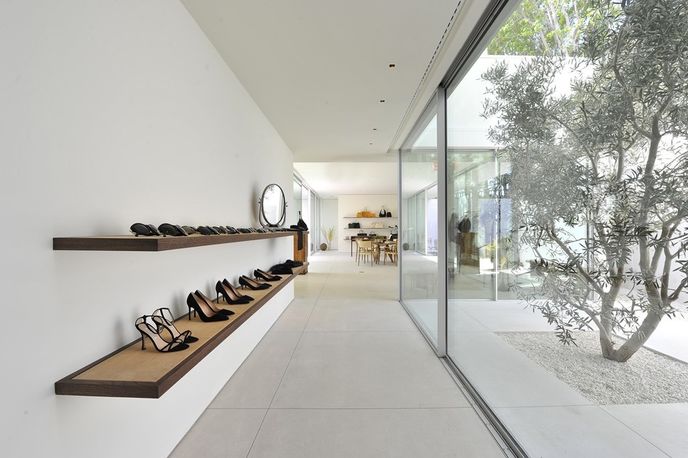 Los Angeles – The Row, the luxury women’s daywear line from Mary-Kate and Ashley Olsen, opened its first store this week.

The low-key Los Angeles flagship store, housed in a mid-century modern Los Angeles building at 8440 Melrose Place, spans 3,800 square feet and includes a swimming pool in the courtyard. ‘We are from here and The Row started here, so it was all very appropriate,’ Ashley Olsen told Women’s Wear Daily (WWD), noting that she and her sister often visited the site when it was occupied by the Sally Hershberger at John Frieda Salon.

The sisters asked Los Angeles-based architect David Montalba and interior designer Courtney Applebaum to shape the store, decorating its three areas with Poul Kjaerholm coffee tables, a Jean Prouvé dining table and a Fortuny floor lamp, along with items from their own collections, according to WWD. ‘For us, it was about setting it up like a home and just having the apparel as a part of the space,’ Ashley told WWD.

LS:N GLobal has tracked the rise of luxury retail and hospitality spaces that create a home-like atmosphere. For more, see the Home-tail trend in our 2014 Retail Futures report.