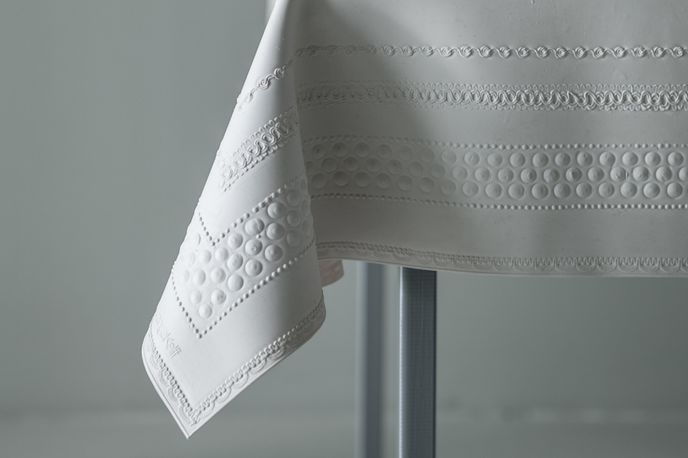 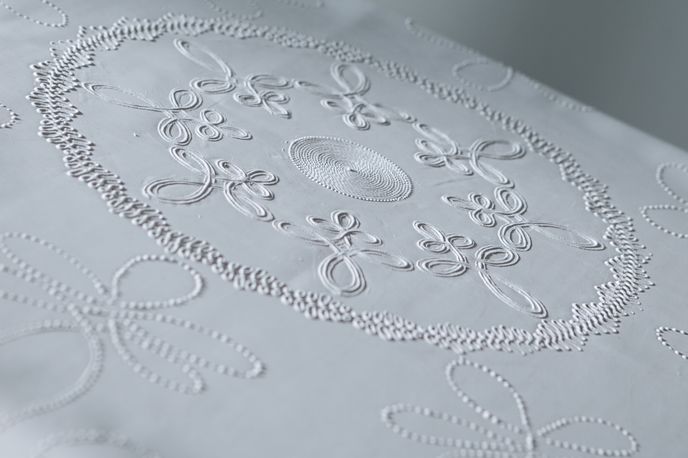 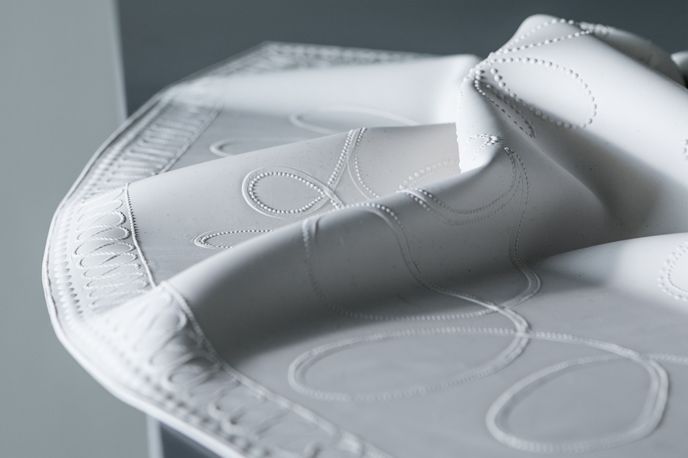 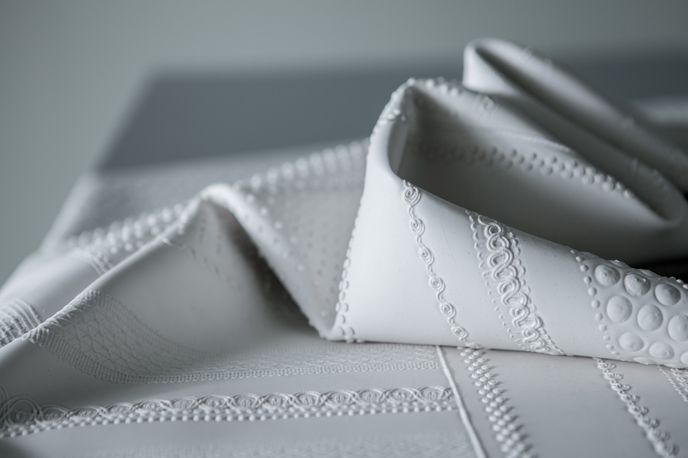 Droog was inspired by more than 8,000 pieces in the Rijksmuseum in Amsterdam when it created its own exhibition space in Milan. The Rijksstudio m2 exhibition featured different rooms – including a kitchen, lounge and dining room – in which art pieces either replicated or referenced works in the national museum, which celebrates Dutch art.

On display were not merely replicas, but new interpretations. In the dining room, for instance, was a ‘tablecloth’ – a table skin made out of silicon – inspired by 16th-century embroidery. While it looked like an embroidered cloth, it was made of rubber, a modern iteration of a classic craft.

The practice of creating new design out of cultural heritage and antiquity has been explored before. In 2013 we noticed a similar idea, Smart Replica by Dutch designer Maaike Roozenburg.