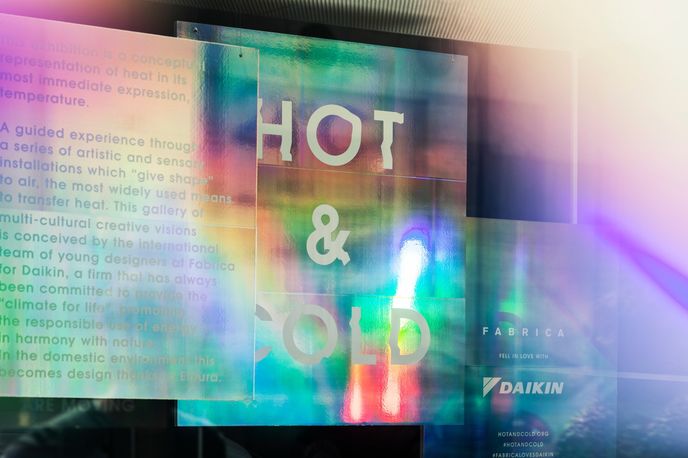 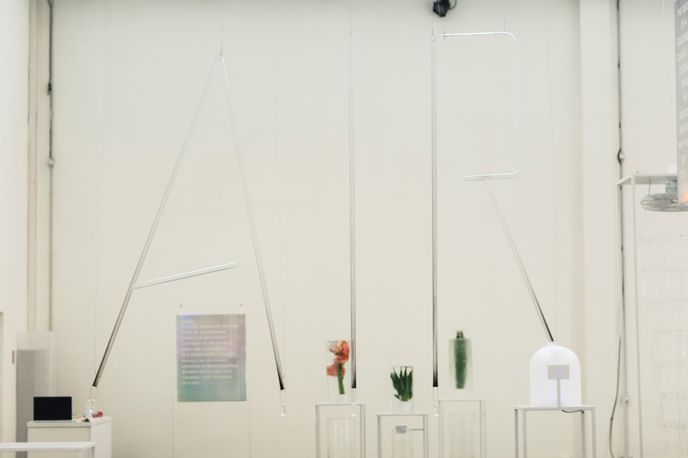 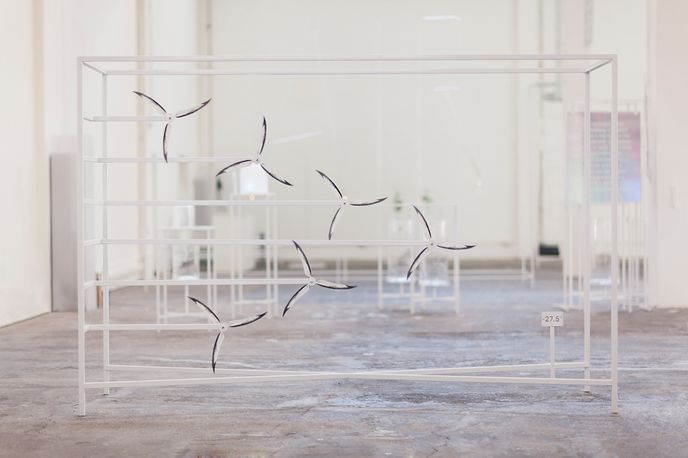 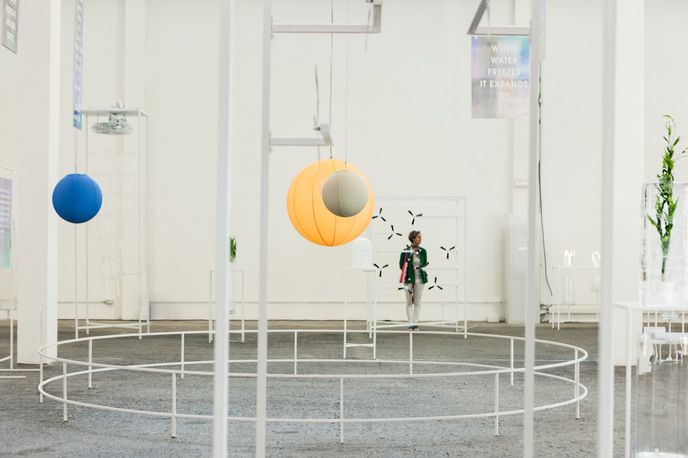 Milan – Creative research centre Fabrica has brought a dose of fresh air to air conditioning-system maker Daikin by exploring the concept of temperature through a series of artistic and sensory installations, named Hot & Cold, at the Garage Milano.

‘We wanted to depict hot and cold in as many ways that touched the senses as possible,’ Fabrica’s Federico Floriani told LS:N Global.

One of our favourites was Migrating, which consists of four sculptures made up of whirring fans with decorated feathers for blades, which represented the flight of the Arctic tern, the woodland kingfisher, the waxwing and the Amur falcon. The pieces had a wonderfully simple aesthetic thanks to the use of mundane materials and are reminiscent of our Kinetic Nature inspire.

The piece with the most visual impact was Air, a giant hanging sculpture made of Pyrex tubes spelling out the word itself, with naked flames beneath to demonstrate the heat-proof nature of the material. The glass became more and more charred, creating a beautiful gradient effect.

We also spotted themes reminiscent of our Re-enlightenment Rising macrotrend in Solar, an orbiting sculpture of Neptune and Venus, representing cold and heat respectively, which included sound recordings from space found online.