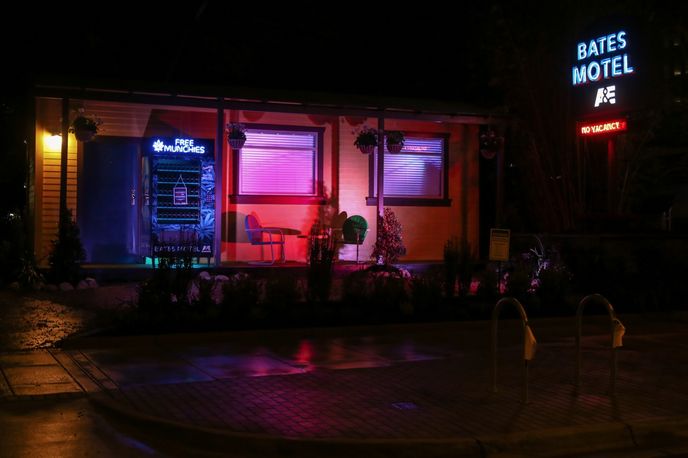 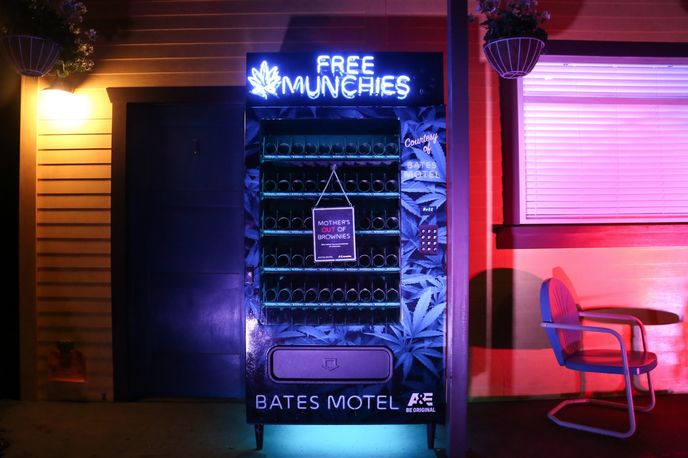 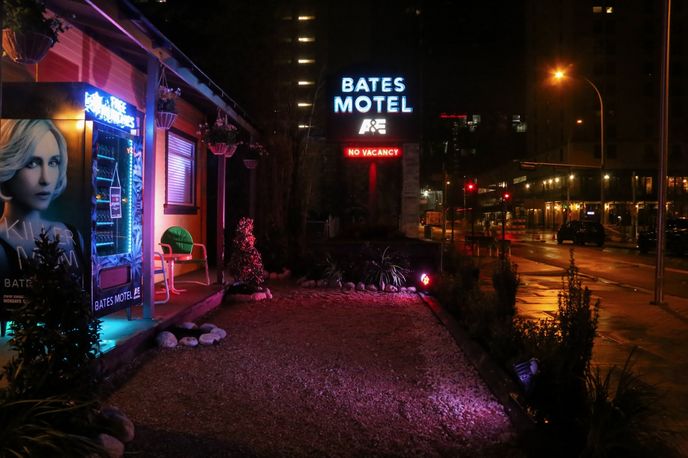 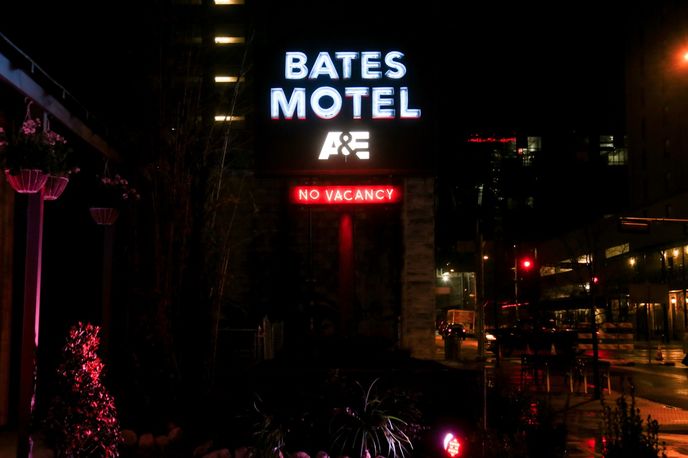 Austin, Texas – US cable channel A&E has come up with a novel, factional way to promote its Bates Motel show at this year’s South by Southwest Interactive (SXSWi).

The TV series, now in its second season, is pitched as an imaginary ‘contemporary prequel’ to Alfred Hitchcock’s Psycho, drawing on the characters Norma and Norman in their earlier life.

To mark SXSWi 2014, the entertainment company recreated a full-scale 3D replica of the frontage of Bates Motel, the iconic retro location in the storyline, complete with illuminated sign, porch and door fronts on a side street by the conference centre. The motel also featured an outdoor vending machine giving out free ‘Norma’ and ‘Norman’ brownies (inspired by marijuana brownies, a running theme in the TV series’ narrative). Continuing the jest, ‘side effects’ warnings on each brownie feature character-specific traits from eating pot. Norma’s include becoming ‘obsessive compulsive’ while the Norman brownies warn of ‘blackouts’.

‘We didn’t want it to feel too branded and obvious,’ Marissa Grasso, senior brand creative producer at A&E, told LS:N Global. ‘We wanted it to just quietly be here, and let people discover it. Viewers of the show will get all the details, including the brownie vending machine.’

Grasso’s approach, planting fiction within the real world, sits with LS:N Global’s Faction Marketing, which charts how marketers are playing with the boundaries between real and fantasy worlds. A&E has extended its faction approach online with a sister Bates Motel microsite, which allows fans to explore inside, play games and get ‘spooked’ when the lights are turned out (they’re given torches to help them navigate).