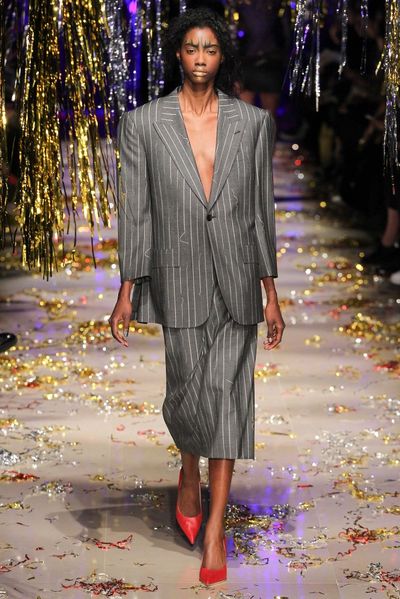 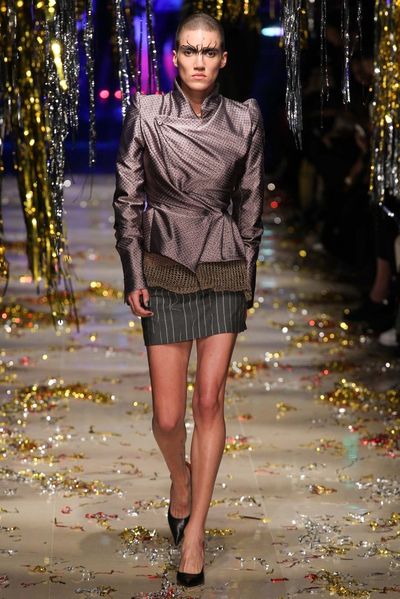 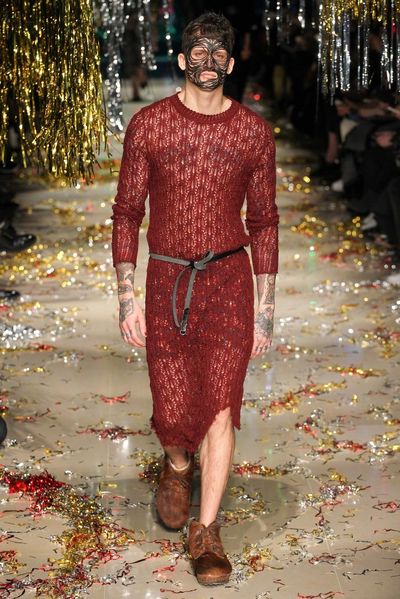 Several of next season’s catwalk shows have dressed men in women’s clothes, but none with greater commitment than Vivienne Westwood's Unisex Gold Label. Here women walked in broad-shouldered suit jackets while men sashayed in ball gowns as the punk couturier emphasised her androgynous agenda. Her show notes referred to ‘bisexual’ hula skirts and dresses without waistlines that could fit a male physique. The collection, which included wide-cropped pirate trousers and oversized, dishevelled-looking tunics, was reminiscent of the buffalo looks she created at the start of her career, which also featured a playful approach to notions of masculine and feminine.

The Big Picture: Brands are increasingly pushing androgynous aesthetics and the progressive values they imply, such as Selfridges' soon-to-be-launched Agender department.