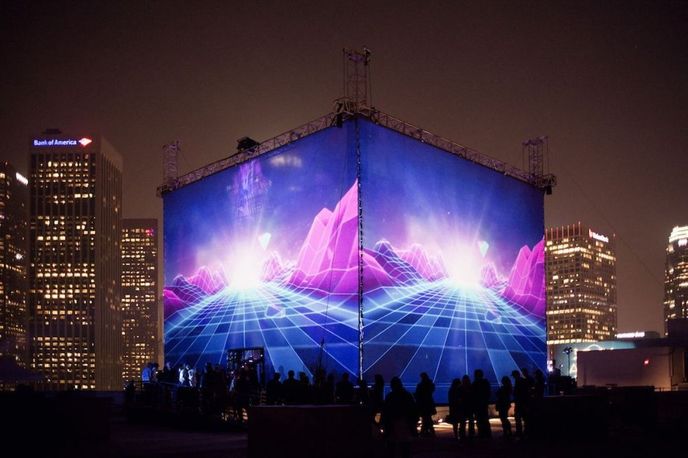 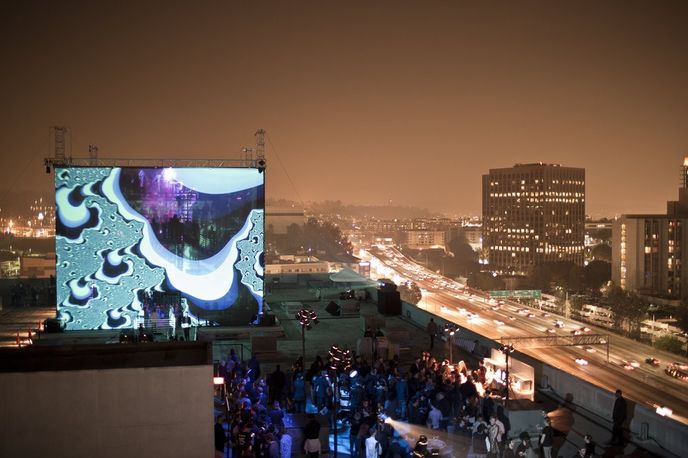 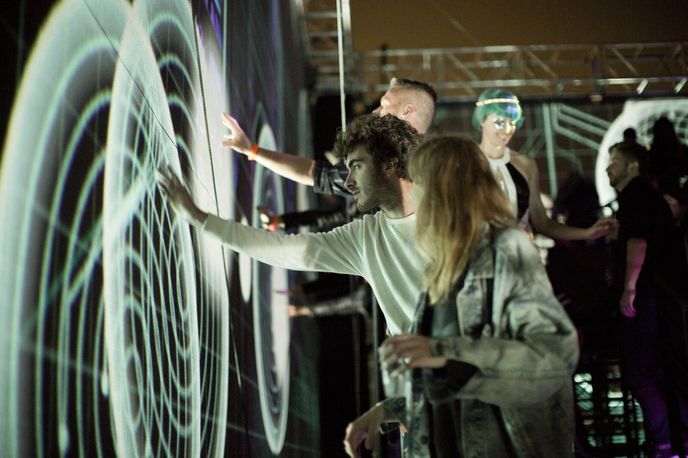 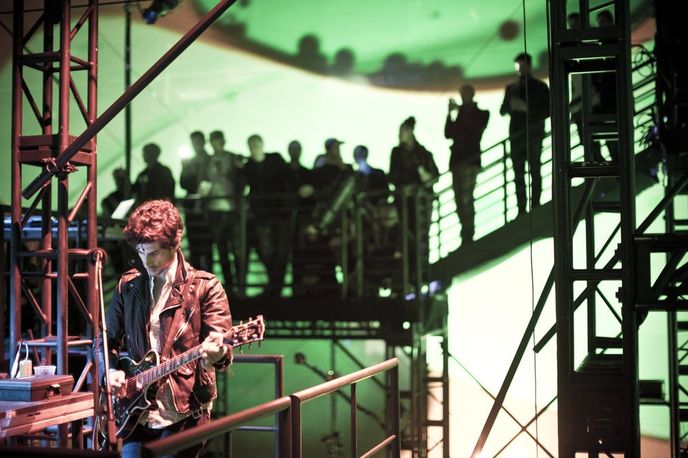 The project, The Circuitry of Life, was commissioned by Red Bull and ran for two nights only. Vita Motus CEO and chief designer Heather Shaw, whose work often enhances musical performances by the likes of MIA and Taylor Swift, drew inspiration from the long-term thinking of futurists such as Ray Kurzweil.

‘I hope we bring a different experience to the nightlife community, one that pays homage to the past and inspires the future by communicating that technology has enabled strong collectives,’ Shaw told Red Bull’s culture magazine.

The five stages of technology were Human Connection, represented by tribal drummers; Industrial Revolution, which explored the invention of mass production; Integrated Circuit, which portrayed the computer age with visual projections and a string quartet; Superhighway, which represented the internet with rock music and fluid visuals; and Singular Consciousness, depicting future technological triumphs with an interactive canvas on which guests could create visuals and sound.

For more on why brands and artists are turning to long-term thinking, book a ticket for our Spring/Summer 2015 Trend Briefing, The Age of the Long Near.

Sustainability : Architecture : Society
Load More
You have 2 free News articles remaining. Sign up to LS:N Global to get unlimited access to all articles.
Discover Our Memberships Sign in