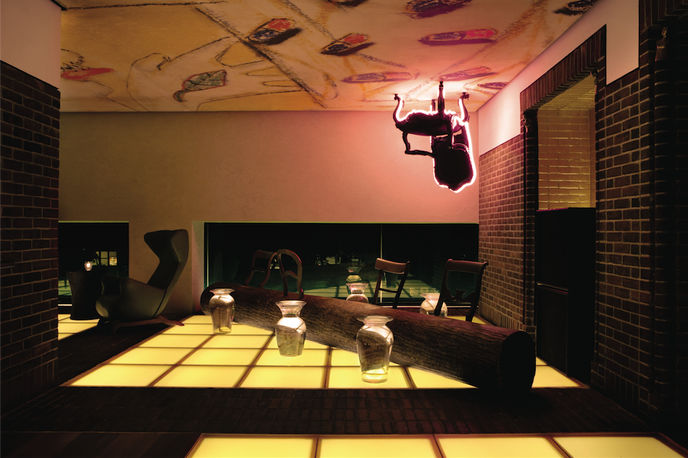 In line with the UK import theme, the bar’s creative director is mixologist Ryan Chetiyawardana, twice winner of the UK bartender of the year award. At Henry, he has developed an experimental menu of cocktails featuring seasonal ingredients. These include the Polleno, made with fresh sour apple, sweet apple, fino sherry and fennel pollen, and the Living Cocktail, made with miso caramel, home-made carrot vinegar and reposado tequila. The cocktail menu will change four times per year.

The Hudson, an early example of a cheap chic affordable design hotel when it opened in the late 1990s, continues to focus on the youth market with Henry. The bar will feature regular appearances by resident DJs Paul Sevigny, Harley Viera-Newton and Vikas, while the central area will be furnished with a customised graffiti rug, and a pink chair by London designer Lee Broom will adorn the ceiling.