Kortrijk, Belgium – Staff at last month’s Interieur 2012 design biennale wore customised uniforms by Damien Fredriksen Ravn as part of an effort to introduce design into the organisation of the festival. 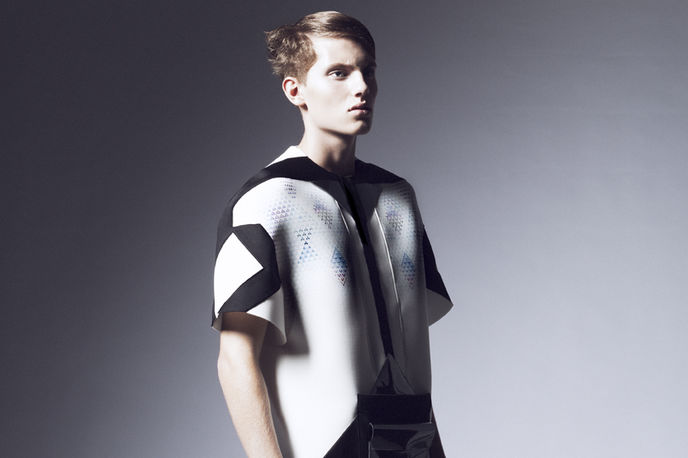 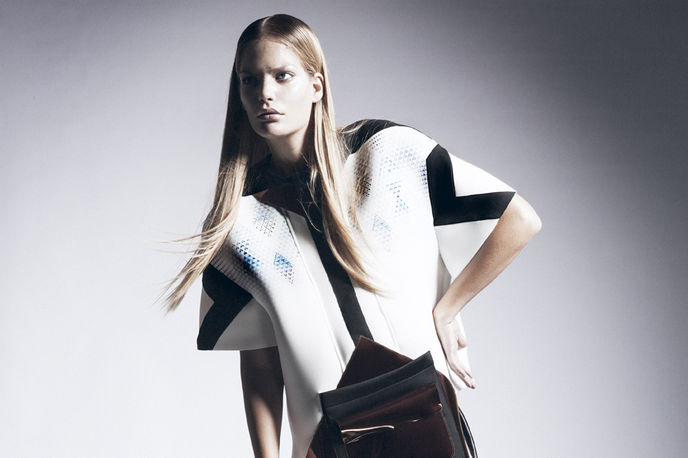 Ravn started with the festival logo as a source of inspiration, adapting it to the boxy, geometric style in which he usually works. ‘I just wanted to make something very modern that did not resemble a uniform at all,’ he tells LS:N Global.

The result is a futuristic, unisex look. The body of the tunic is made of white Spacer neoprene, a breathable material frequently used in underwear and haute couture, which Ravn calls ‘a much more luxurious approach to neoprene’. A galaxy swirl of colours is printed over the fabric in a mediaeval-inspired pattern of interlocking triangles.