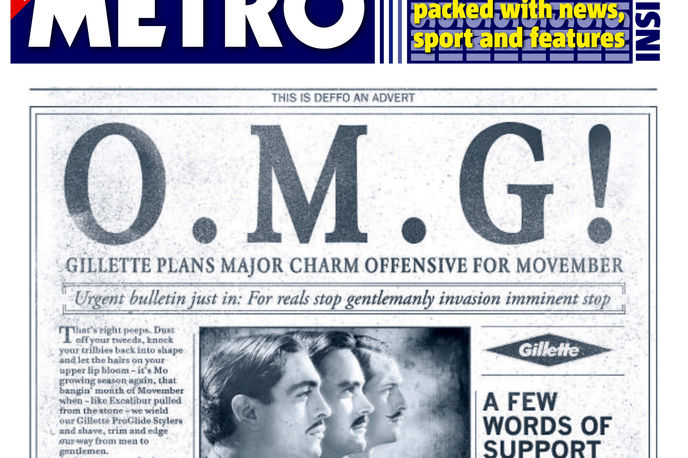 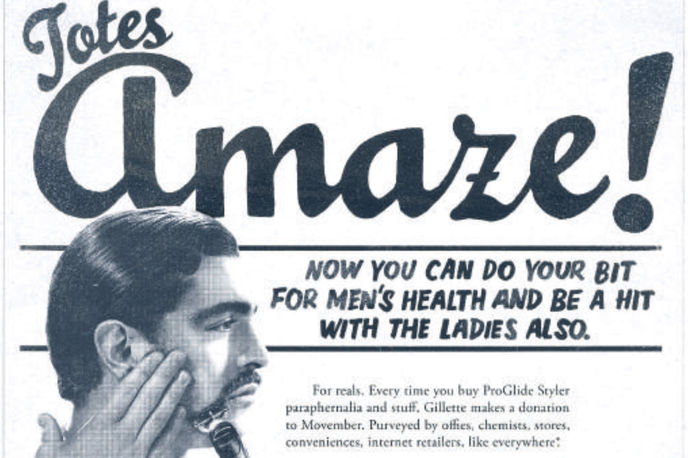 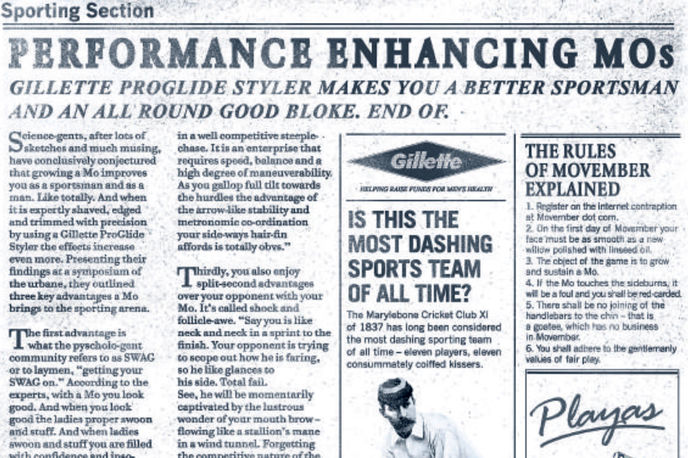 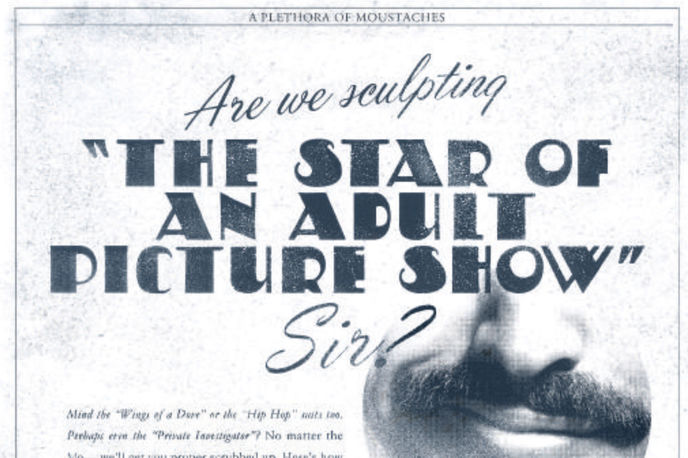 ‘OMG!’ the advert proclaims. ‘Urgent bulletin just in: For real stop gentlemanly invasion imminent stop.’ Admitting that this is ‘deffo an advert’, the ad promotes Movember’s men’s health message before pushing its own products: ‘Gillette Proglide Styler makes you a better sportsman and an all-round good bloke. End of.’

The wraparound advert covered morning commuters’ copies of Metro, the free tabloid newspaper. It is part of Gillette’s overall campaign with Movember, the men’s health charity that encourages men to grow a moustache during the month ‘formerly known as November’ to raise funds and awareness.

It has been a few decades since young men could wear a moustache without a trace of irony. The campaign’s retro feel makes it a great example of a Revivalist campaign.

TikTok is holding its own fashion month for the fall-winter season, offering a digital alternative to...

The Danish eSports team has partnered with food delivery app Wolt for its Counter-Strike jersey launch.

The nation's Generation Z are not ready to accept cultured meat, despite their widespread concern for the...

The furniture retailer plots to open its first second-hand store in a shopping centre dedicated to retailers...

Swedish label Kön says underwear doesn’t need to be categorised, with the launch of its gender-neutral...

For its latest campaign, Tony’s Chocolonely draws attention to the dark sides of the chocolate industry in a...

Video subscription platforms are failing to deliver a seamless user experience in some areas, a new study finds.

The retail giant is launching its Luxury Stores experience as part of the mobile app, marking a first for...

The LA28 Olympics’ branding is for everybody:

Diversity, inclusion and self-expression are honoured in the branding for the 2028 Olympic and Paralympic Games.

Mylo’s rebranding gets real about fertility:

YouGov reports that only a minority of Britons are boycotting fashion brands that treat their staff poorly.

Beauty : Technology : Covid-19
Load More
You have 2 free News articles remaining. Sign up to one of our membership packages from just £100 a month.
View Subscription Offers Sign in