‘We began by exploring the things that were close to Mulberry, like the Somerset countryside where the factory is,’ Hannah Carter Owens of Universal Design Studios told LS:N Global. ‘We looked at local crafts that could be refined and inserted into the store.’

The Rurban showpiece is the sculptural dry stone wall that stretches the length of the store. Created by dry stone craftsmen from Somerset, the wall acts not just as a sculptural element but also, as Owens explained, ‘as an inert part of the mechanical heating system of the building by drawing heat out of the air in the summer and retaining heat in the winter’.

By placing traditional rural materials and craft against contemporary elements such as concrete floors, Mulberry have created a luxurious Rurban environment in line with the changing desires of urban consumers. 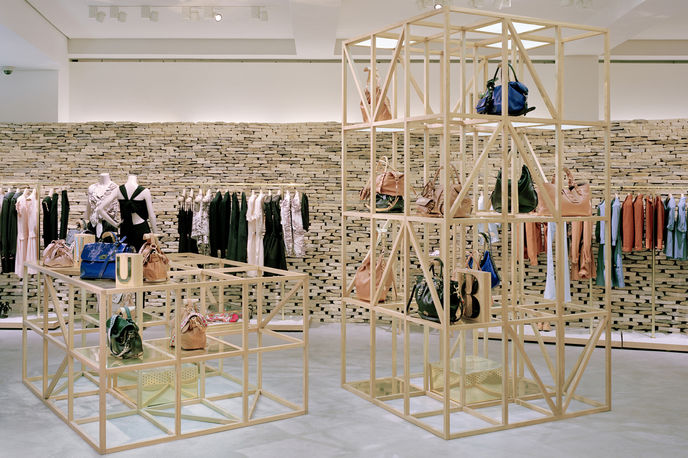 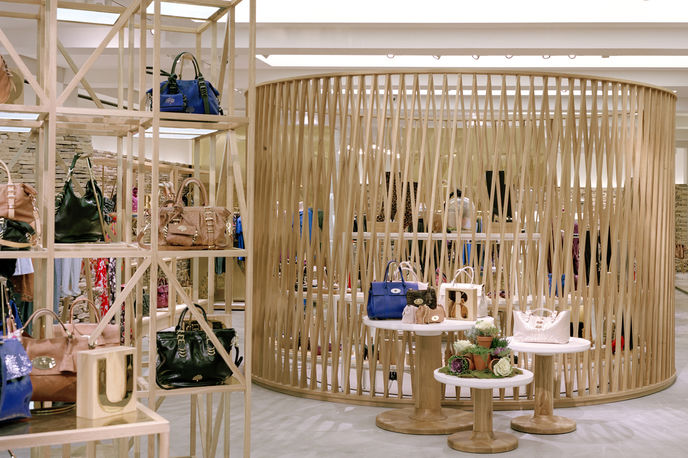 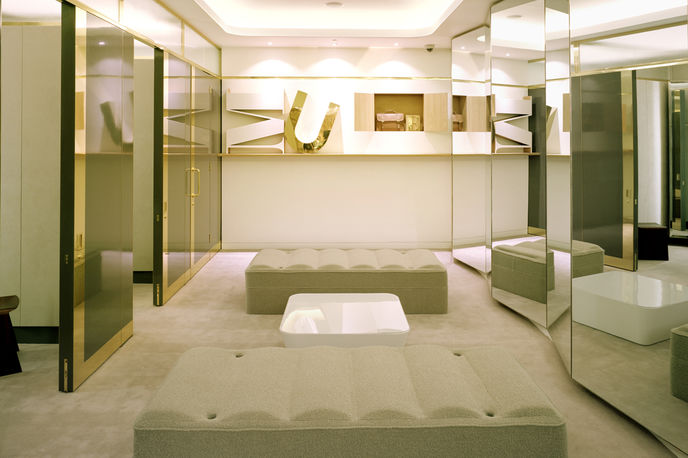