Meet Sippers, the online no-liquor store for the sober-curious, Radisson wants to revolutionise room service and half of the world’s glaciers could melt by 2100.

Meet Sippers, the online no-liquor store for the sober-curious

Meet Sippers, the online no-liquor store for the sober-curious 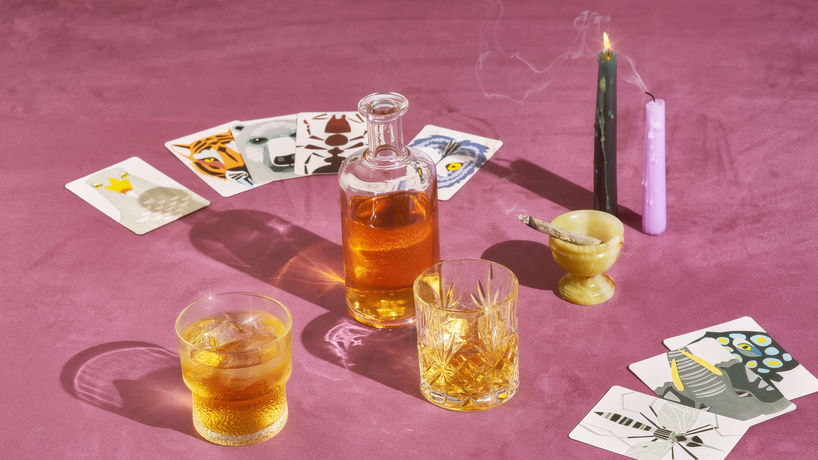 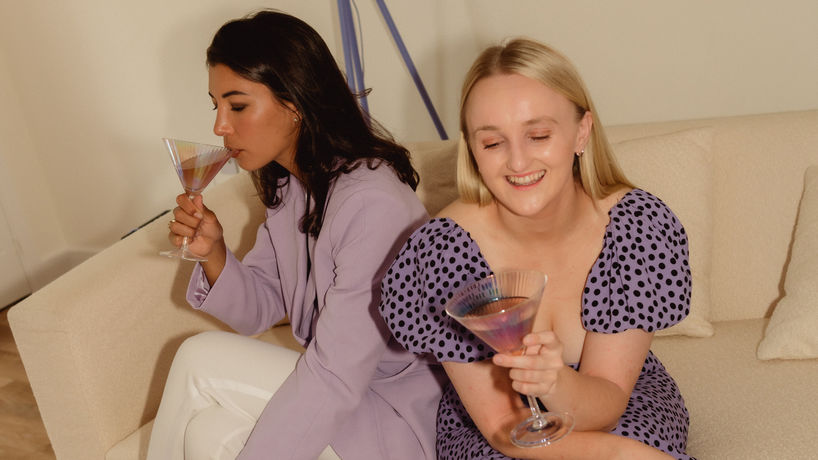 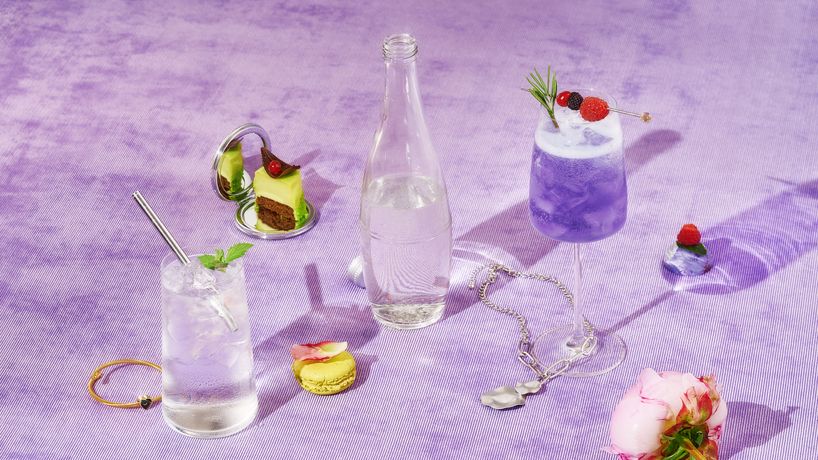 UK – With increasing numbers of no- and low-alcohol versions of traditional tipples, finding these options on the market can be overwhelming. Enter Sippers, an online marketplace entirely dedicated to non-alcoholic drinks.

As sober-curiosity is rising, newly launched platform Sippers wants to make non-alcoholic drinks more accessible and convenient for anyone, from people cutting down on alcohol to those trying to quit drinking altogether. The online store only carries no- and low-alcohol beverages, with an extensive catalogue including wine, beer, spirits, pre-mixed cocktails and functional drinks, with a particular focus on putting forward independent brands.

This sober one-stop shop is the brainchild of Millie Gooch, who is also behind Sober Girl Society, a UK-based online platform dedicated to promoting sobriety among women. Frustrated with how confusing and time-consuming identifying alcohol-free options is when shopping online, Gooch co-created Sippers. ‘When I see alcohol brands bring out a non-alcoholic version, sometimes it feels like it’s a tick-box exercise,’ says Gooch. ‘Having a dedicated space run by people who are so passionate about the category makes it easier to communicate our message.’

With a strong focus on the community it is serving and on dedicated small brands, Sippers is a good example of how wellness-centric businesses can balance flavour and function to fit modern lifestyles.

The ever-growing size of the health and wellness market can be confusing to newcomers. Can your business help consumers navigate this space, make it seem less intimidating and accessible to all?

UAE – The Radisson Hotel Group has branched out into food delivery services by opening cloud kitchens on hotel premises.

The hotel group has announced a partnership with Krush Brands, a Dubai-based food tech company, in a first move designed to make the group a big name in the cloud kitchen and food delivery scene in the Dubai region. With this new alliance, the Radisson RED Silicon Oasis hotel will be home to cloud kitchens carrying several Krush food brands, which cover a variety of cuisines.

The idea behind adding a food delivery business to hotels is to provide a revenue stream that isn’t directly linked to occupancy, and to diversify dining options for both hotel guests and locals. ‘Our eco-system enables hotels to generate additional revenue from quality F&B delivery to their surrounding communities and to provide hotel guests with a greater variety of on-premise food options, putting hotels at the centre of their communities,’ explains Ian Ohan, CEO of Krush Brands.

As hotels are becoming the next frontiers for brands, expect to see more concepts blurring the lines between hospitality and other sectors, anchoring these establishments more deeply in local communities and going beyond tourism alone.

Being creative about on-site services in hospitality venues can supercharge the value for guests and locals, but also benefit your business. Go beyond the obvious for partnerships that bring convenience and create a community feel 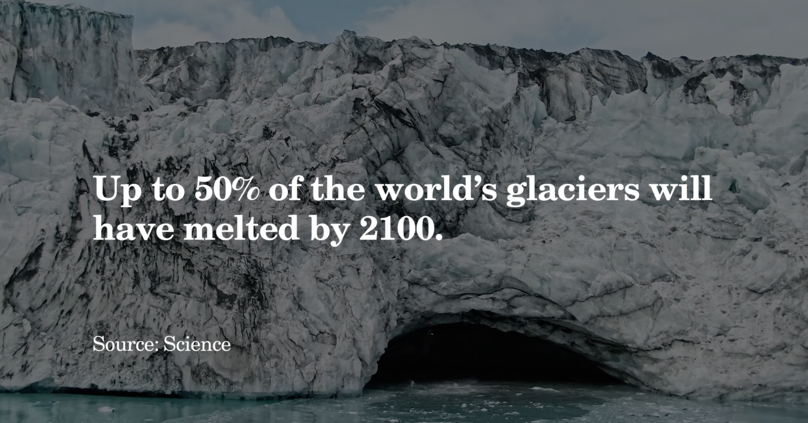 The Ice Runner NFT from MYAMI digitally ‘melts’ at the same rate as the polar ice caps. It can also return to its original shape if action is taken, US

Global – We may all be thinking about the daunting challenges facing us in 2023 after the rollercoaster of 2022, but the latest climate report offers no reasons for optimism as it looks ahead to the state of the world in 2100.

According to a recent paper published in Science, up to half of our planet’s glaciers will have disappeared by 2100 – and that’s if we achieve the 1.5°C maximum temperature increase set by the Paris Climate Agreement. Even worse, it is predicted that at least half of that loss will happen in the next 30 years.

The paper states that the scale and impacts of glacial loss are far greater than previously predicted, and says that if global heating continues under the current scenario of 2.7°C of warming, losses will be more significant, with 68% of glaciers disappearing. That means saying a swift goodbye to glaciers in central Europe, western Canada and the US by the end of the next century.

Of course, the impact on sea level rises is significant; with 2.7°C of warming, glacial melt would lead to a rise in sea levels of about 115mm, a 23% increase on what was previously estimated. ‘The rapidly increasing glacier mass losses as global temperature increases beyond 1.5°C stresses the urgency of establishing more ambitious climate pledges to preserve the glaciers in these mountainous regions,’ say the paper’s researchers, who used two decades of satellite data to map the planet’s glaciers with greater precision than ever before.

Our Climate Crisis series maps out the challenges and innovation opportunities facing businesses while our macrotrend, The Paralysis Paradox, offer insights into how brands and business can build climate care into their core. 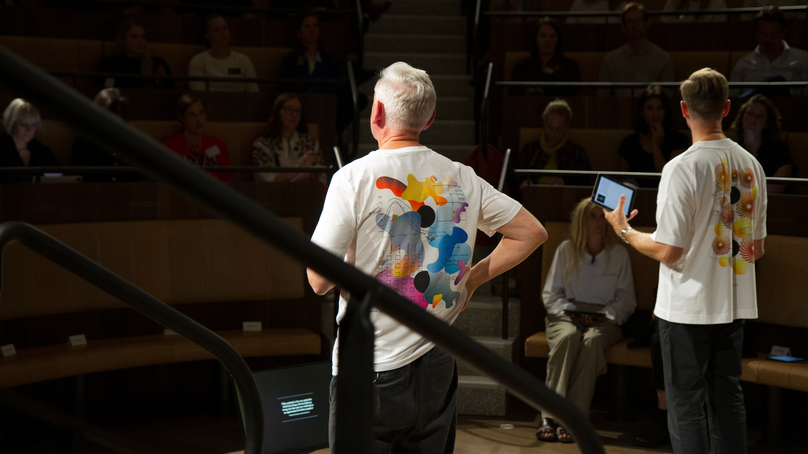 The Future Laboratory's Trend Briefing 2023 at the Royal Academy of Arts, UK

Join us in 2023 for a series of inspiring video presentations, guest speaker panels and live Q&A sessions as well as our industry-renowned Trend Briefing in London.

Members of LS:N Global get free access to our full programme of online events in 2023. You can RSVP to these events via The Future Laboratory Community. Not yet a member? Get in contact with your account manager to set up your free account.

Join us online or in person this year and get inspired to make a better future happen with trends from Beta Boardrooms, Deep Work Dens and Polywork Campuses to embracing longevity as a core pillar in selling and synthesising tomorrow’s category innovations.

We hope to see you there.