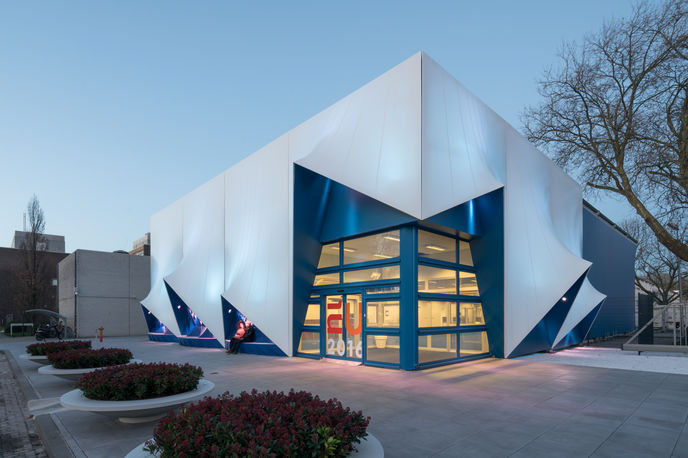 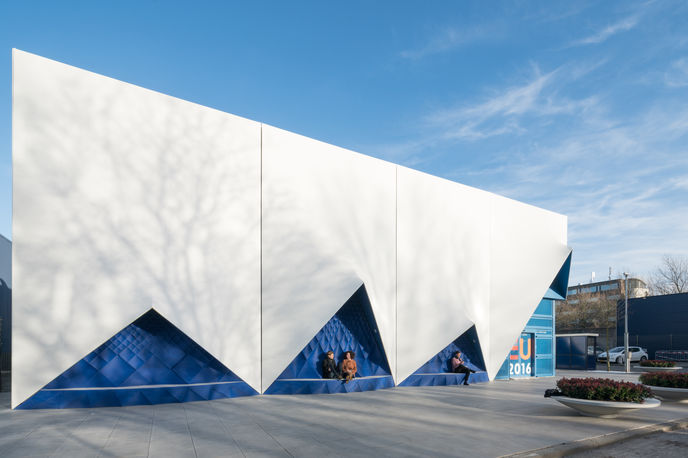 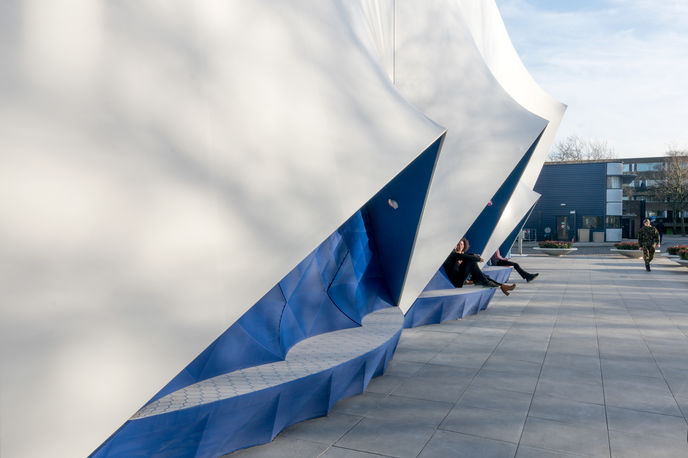 Amsterdam – This year’s Dutch EU Presidency meetings are being held in a 3D-printed building that can be shredded and recycled after the event.

The modular building was constructed using a plant-based bioplastic made from linseed oil that has been stretched over rods, giving the facade a ghostly, opaque effect. This was done to give the public a sense that the building wasn’t shutting them out despite the brief that the building could contain no external windows for security reasons.

The facade also lifts at various points, revealing benches cast from a lightweight eco-concrete that leaves a 60% smaller CO2 footprint than traditional concrete. The benches invite the public to sit around the building and become part of the event.

‘We have always been fascinated by the border between public and private,’ says DUS Architects co-founder Hedwig Heinsman. ‘We thought it was a very beautiful idea that people could still come close and really become a part of the building.’

Whole-system Thinkers are starting to think about the opportunities offered by waste materials. Adidas, for example, recently launched a research project to examine the possibilities of infinitely recyclable products.