Kiev – Vegetarian restaurant Orang+Utan shies away from the traditional interior design of a healthy eating establishment, preferring a minimalist aesthetic. 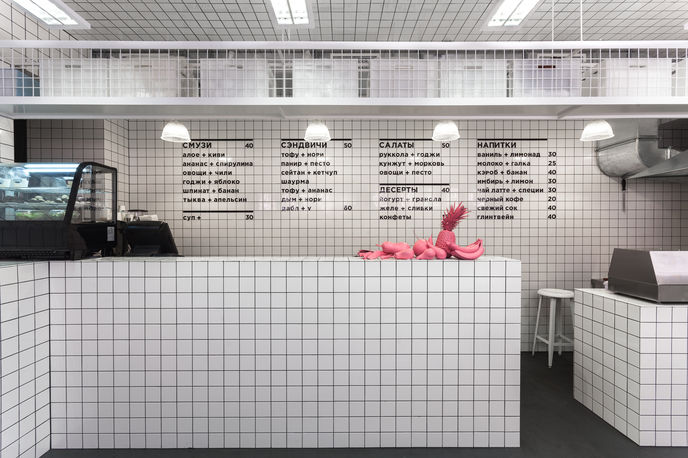 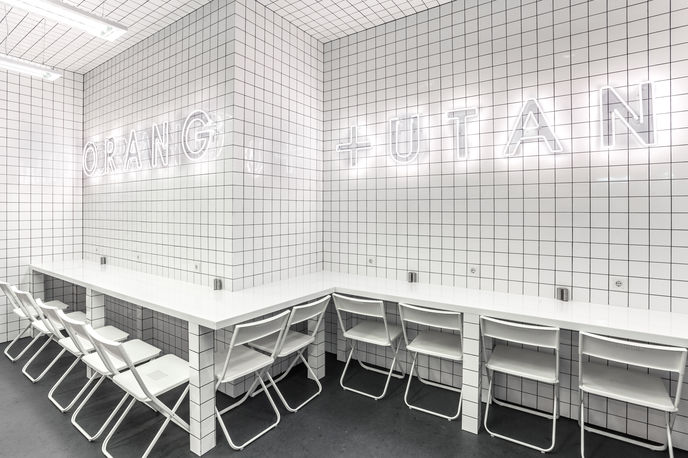 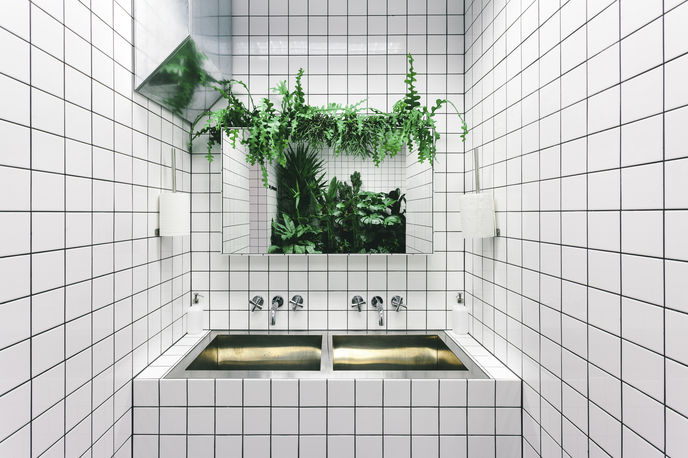 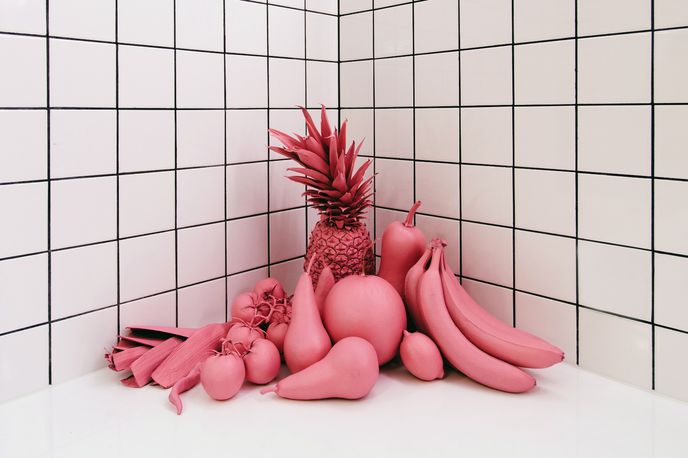 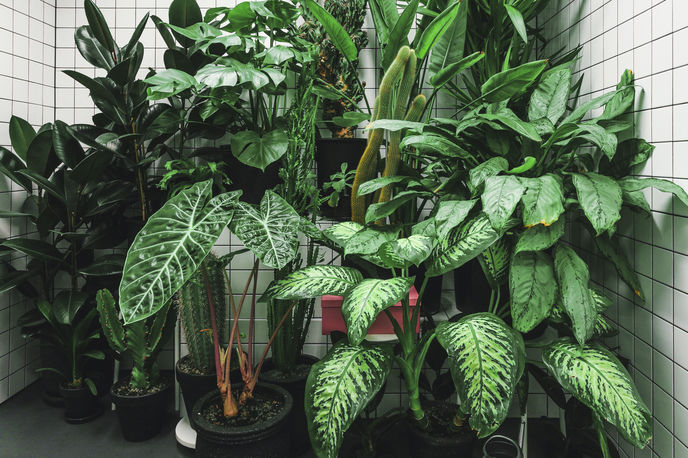 The interior, designed by Ukrainian studio AKZ Architectura, features stark white tiling and white neon lettering. The aim was to create a bright, white, inviting space amid the Soviet-era buildings that surround the restaurant.

The architects hinted at the healthy menu with pink-painted fruit at the counter and a veritable forest of green plants hidden in the bathroom, to add a dose of nature. ‘We created a green zone to make customers feel like they are in a natural habitat,’ they told Dezeen. ‘The idea was to create a place that would show costumers the idea behind Orang+Utan bar. The city is a jungle and people who live there are smart animals. They need a place to refill energy.’

The tiles used throughout also reference Kiev’s Soviet past, when ‘there was only one type of tile for everything’.

As healthy eating changes from fad to permanent lifestyle choice, newer establishments are shying away from the visual stereotypes of wellness. For more, see the dark allure of juice bar Owen + Alchemy.