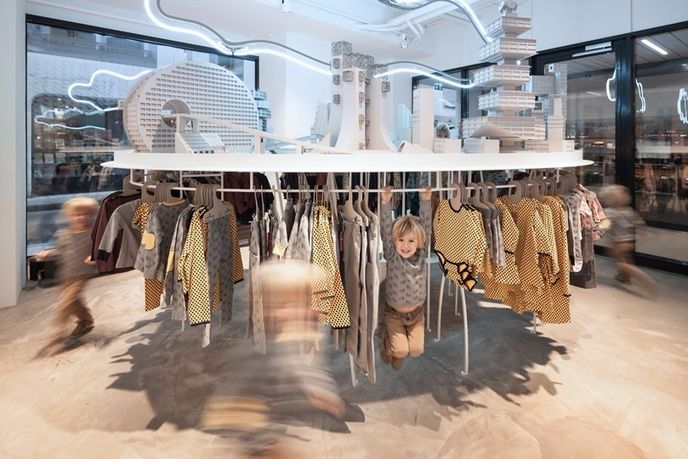 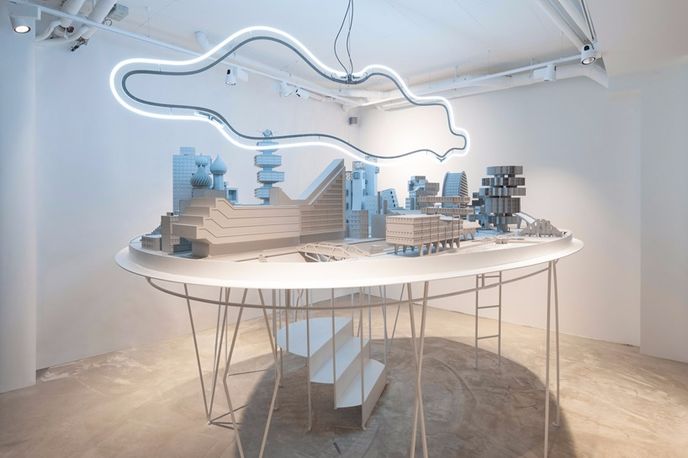 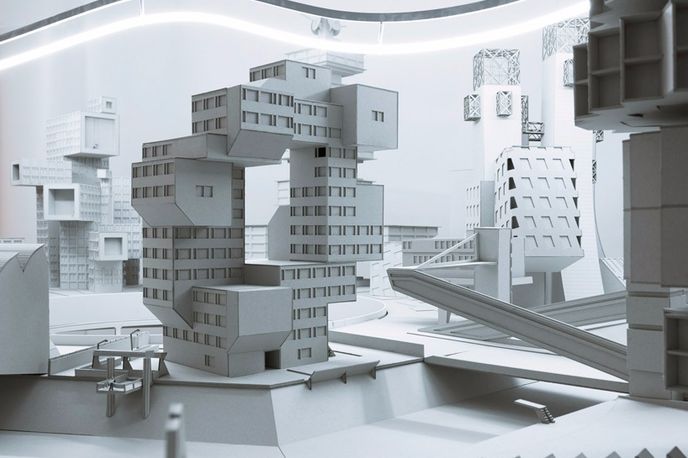 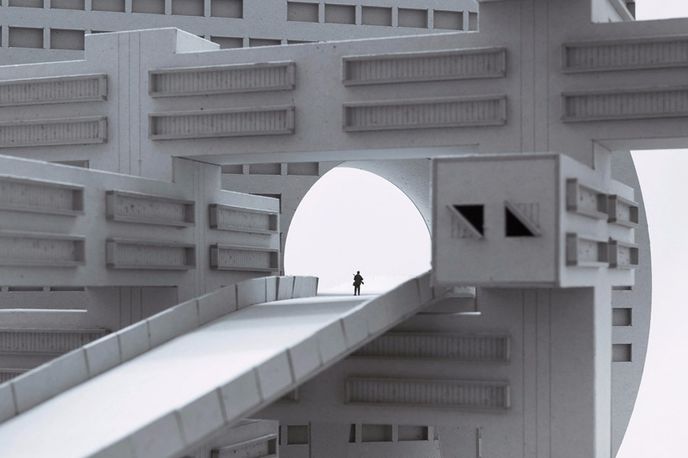 Predominantly inspired by the work of the Organization of Contemporary Architects (OSA), which pioneered an architectural form linked to Russian Futurism, Bureau A has recreated and re-imagined iconic structures from the 1920s and 1930s in an unlikely setting.

A model city, lit by a fluorescent cloud, doubles as a clothes rail around which children are encouraged to play and explore, with steps and obstacles built into the design.

While constructivism and childrenswear may seem an unlikely mix, the connection is less abstract than it first appears.

‘Monuments of architectural representation and excess propose a very appropriate landscape to explore architectural fantasies, fairytale constructions that are somewhere between monstrous and marvellous,’ Bureau A explained in a statement.

The Big Picture: Far from being desensitised to the world around them, members of Generation I are learning how to distinguish between physical reality and imaginary worlds far sooner than their predecessors.

Workplace: Break down white supremacy through a rest revolution:

How to challenge white supremacy through rest, SHIFT, Medium.

Technology : Augmented Reality : Machine Learning
Load More
You have 3 free News articles remaining. Sign up to one of our membership packages from just £100 a month.
View Subscription Offers Sign in