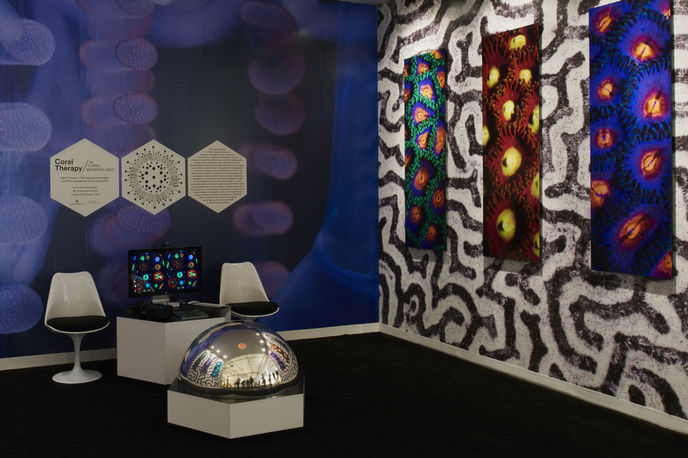 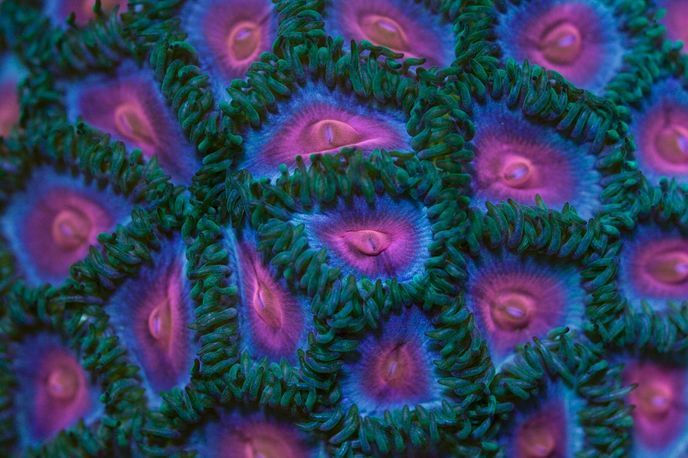 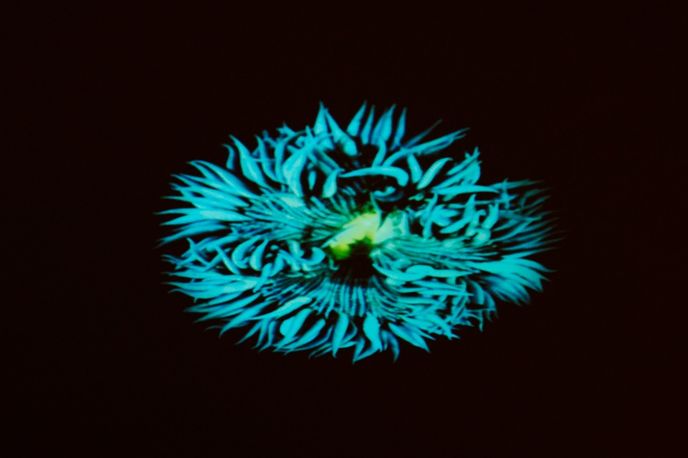 The film, Coral Therapy, was one of the show’s Design Curio projects. Viewers donned the Oculus Rift headset and were then immersed in a cosmic dome of clear blue water and sea anemones. By simply swivelling their chair or gently moving their head, viewers could see a continuous stream of the local sea anemone species. The film is accompanied by an original score composed by Coral Morphologic co-founder Jared McKay.

‘In this booth, Coral Therapy enables us, through multimedia techniques, to convey underwater relaxation, almost a meditative experience through digital immersion into the field of a coral garden,’ Colin Foord, co-founder of Coral Morphologic, tells LS:N Global.

The idea behind Coral Therapy was to introduce coral into popular culture to make people more aware of its importance. Foord, who trained as a marine biologist, felt that coral was the perfect bridge between science and art in its form and aesthetic.

‘We’re trying to relay an educational and conservational perspective through art and design,’ he says, ‘as a way to add a new cultural facet to the city and to the way people perceive the city.’