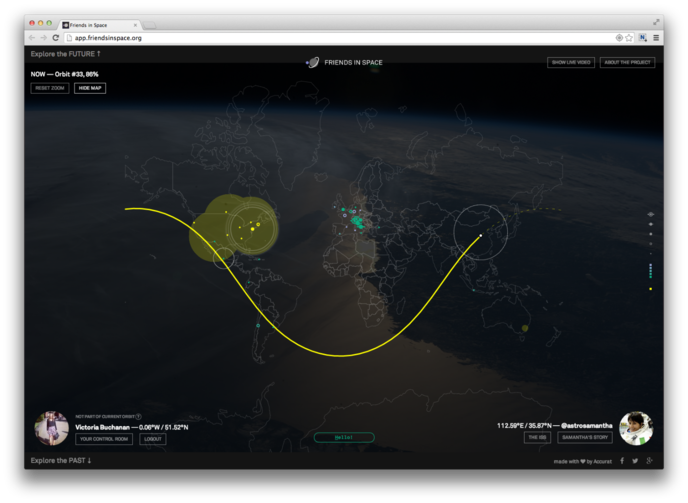 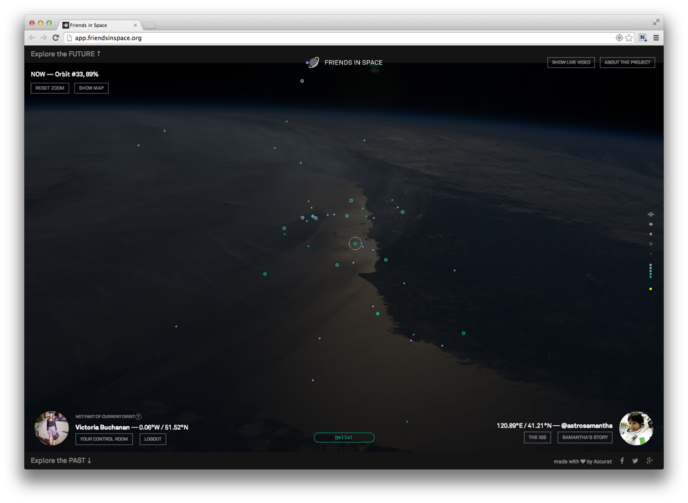 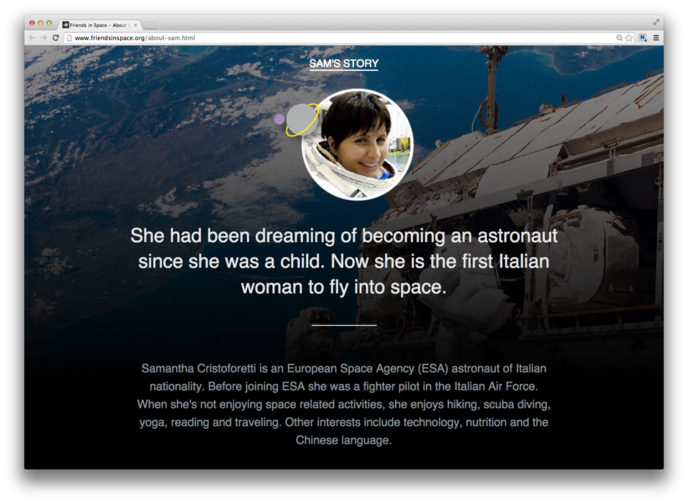 Out of this world: Web platform enables users to communicate with astronauts

By signing up to the web platform using existing social media profiles from either Facebook or Twitter, users can send messages to Italian astronaut Samantha Cristoforetti as she orbits Earth.

Created by design studio Accurat, Friends in Space is rudimentary in its degree of communication, but users can say ‘hello’ to the ISS when it is in orbit above them, tracking its movement on an interactive map. Messages can also be relayed back by Cristoforetti using simple stock phrases to inform her friends on Earth what she is up to during her day-to-day work on the ISS.

The app is an engaging experience that enables users to track the space station as it orbits Earth 15 times per day. When users are unable to communicate with the ISS they can tune into a live video and audio stream from on board.

Read our Re-enlightenment Rising macrotrend for more on how brands are facilitating a dialogue between scientists and the general public.

Drinks : South Korea : Alcohol
Load More
You have 1 free News articles remaining. Sign up to one of our membership packages from just £100 a month.
View Subscription Offers Sign in