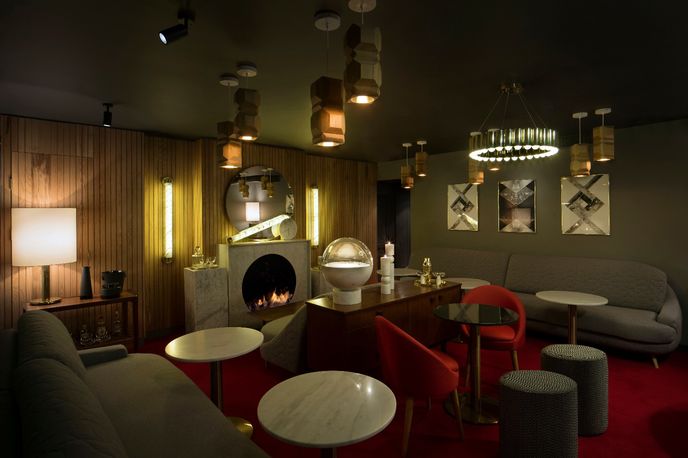 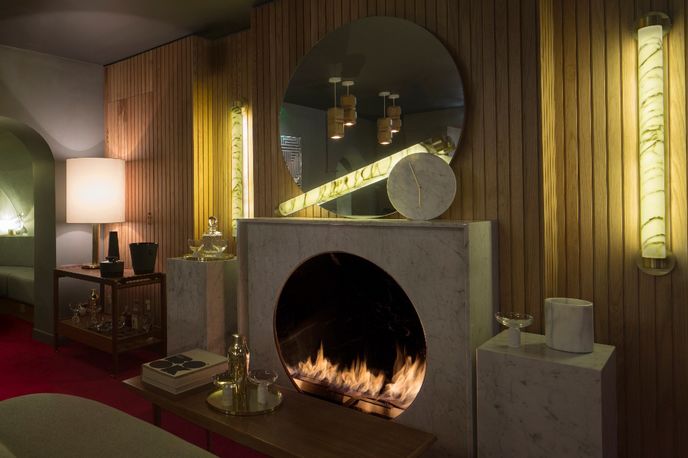 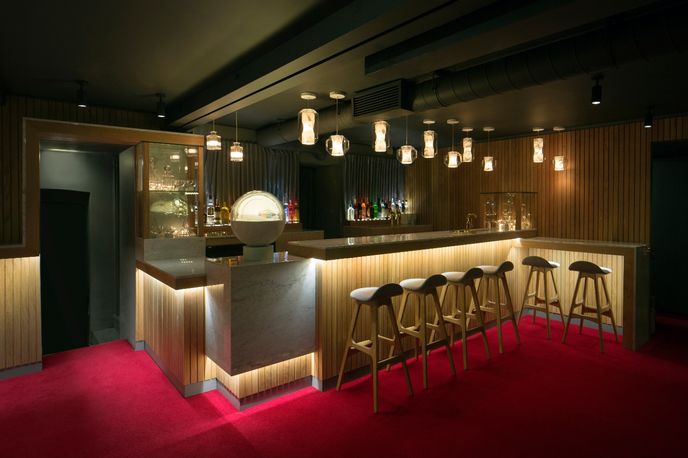 The restaurant and bar, which opens on 14 November, is an ode to British decadence from a bygone era. The interiors, designed by Lee Broom, include his famous marble lighting, plush velvet furniture and a cosy yet structural fireplace. The idea was to replicate a 1960s living room, where diners come to join an intimate cocktail party. Instead of a large dining space, it is divided into small nooks and guests are served from a sideboard, a revolving cocktail cabinet or a bar trolley.

‘I thought about the kind of personal service I like to receive in a venue and the theatre of creating drinks in front of you or presenting food in a way that considers its interior, like you would at home,’ says Broom.

Named after Old Tom, an 18th-century English gin, the cocktails will have a sense of history to them, including barrel-aged gin, Highgate Negronis and gimlets. The English in the title refers to the menu, which includes refined versions of battered fish and chips and Welsh rarebit. Continuing with Soho’s penchant for small plates, dishes are served tapas-style.

For more on Lee Broom’s latest works, watch our video interview with the designer.