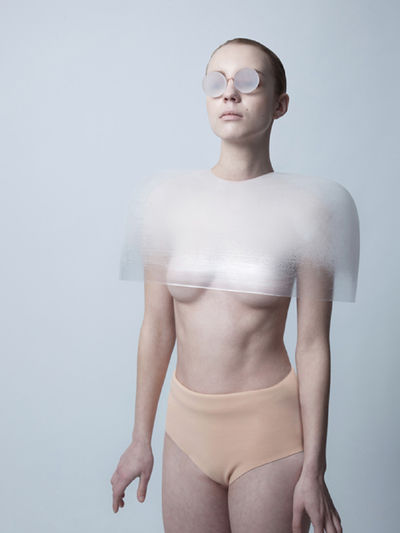 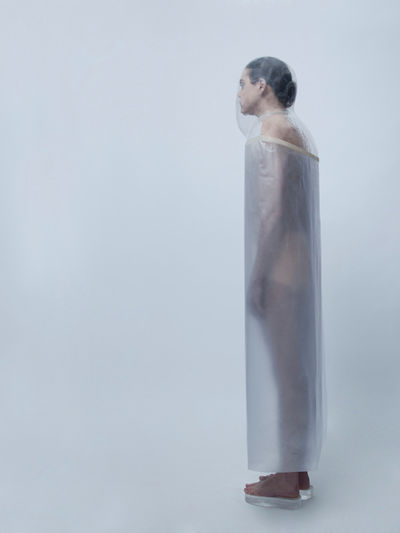 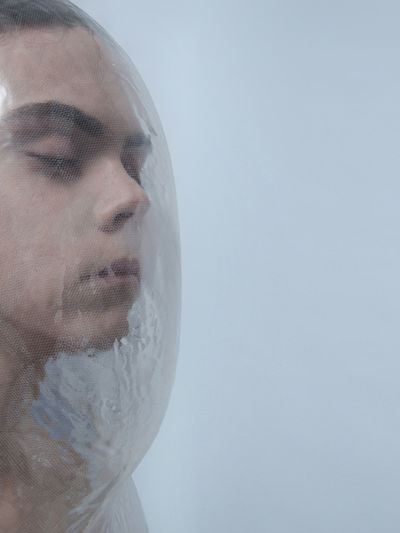 Eindhoven – Design Academy Eindhoven graduate Anne van Galen has presented a series of wearable pieces inspired by the silhouettes and movements of people trying to shelter from the rain.

Van Galen’s fictional narrative imagines human posture and expression evolving in response to a continuous battle against the rain. Her project, Warriors of Downpour City, is a poetic homage to the rain rather than an apocalyptic vision. ‘In my project I celebrate the rain, in which fashion becomes naked, transparent and layered with thin diluted colours,’ van Galen says on her website.

The collection consists of wearable garments and accessories that create a pared-down, soft body armour. To achieve different levels of transparency and blurred gradients, van Galen worked with thin layers of silicone and plastic. The hard, form-retaining pieces were cast in moulds filled with multiple layers of plastic and the softer garments were cut from silicone and assembled with nylon thread.

The pieces conceal the identity of the wearer by playing with subtle gradients of transparency and hazy finishes. ‘They are made to resemble fog slowly settling around the shoulders – a concealed face on an ambiguous body, stiffly moving forward,’ says van Galen.

Fashion designers have long been fascinated with creating collections for fictional visions of the future. To understand how brands can play with images of utopia and dystopia, read our macrotrend The Polarity Paradox. For more on Dutch Design Week, visit our Seed and Shows sections.