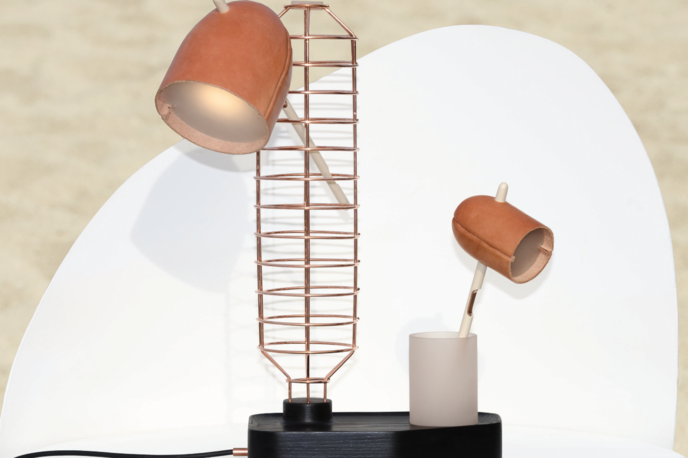 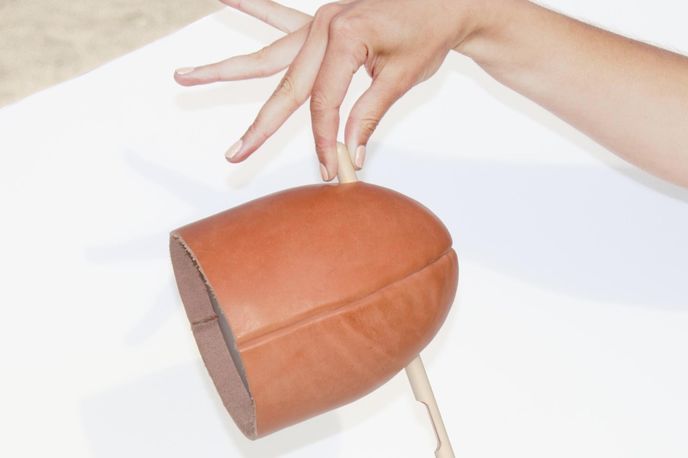 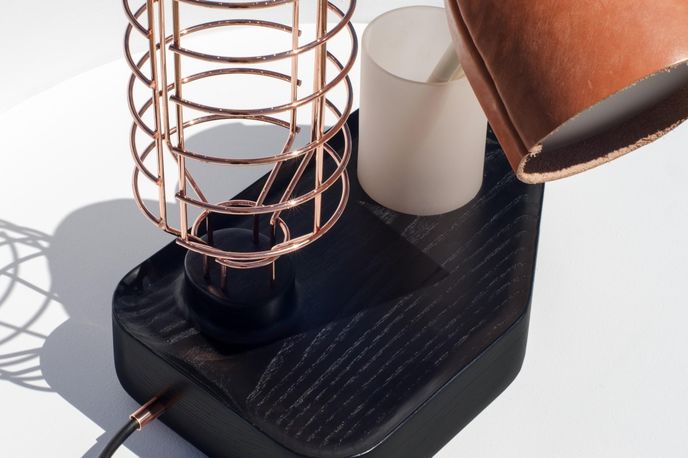 Writing on their website, the duo claim that the idea behind the Standard Collection was a response to automatic functioning in modern design that kills interaction from the user. By contrast, they celebrate the standard or manual car as an exemplar of user-object interaction.

‘A standard transmission requires greater input from the driver… She changes gears using both hands and both feet. She makes decisions in relation to context,’ they say.

The lamp, which consists of two separate free-standing lights, does not have an on-off switch, but sits in a copper frame when turned on, and in a vase when off. The user can choose a low, intimate light or a large, beaming flood of light, and the lamp can be placed at different angles.

These variables are designed to create greater interaction and decision-making on the part of the user, each time he or she uses the lamp. In this way, the designers believe that a stronger relationship is built between user and product. ‘If a person uses a standard object every day and builds a thoughtful relationship with it, he or she will not be cavalier about throwing it away or replacing it.’

For more examples of how designers are encouraging greater interaction between product and user, see our design direction on Tactile Hardware.

Singapore’s Housing Development Board (HDB) is shining a light on the city’s first eco-town of Punggol in...

Society
Load More
You have 1 free News articles remaining. Sign up to one of our membership packages from just £100 a month.
View Subscription Offers Sign in