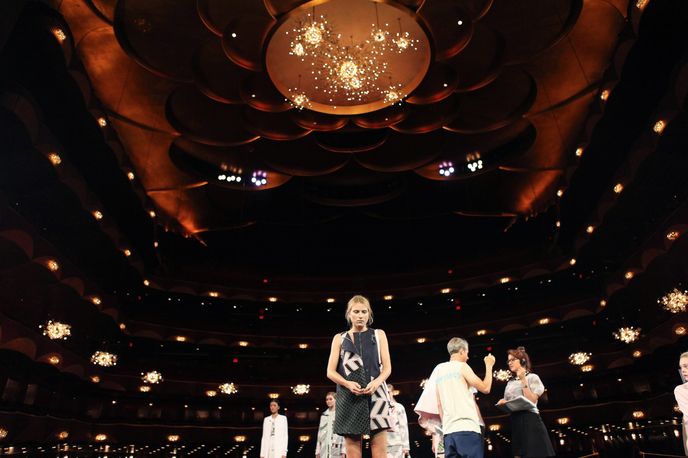 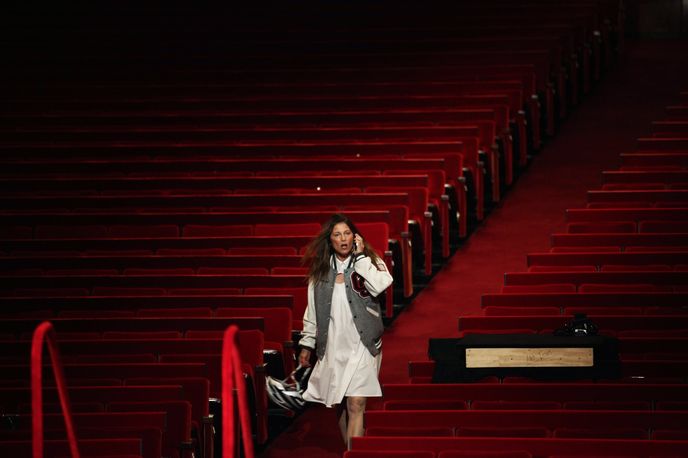 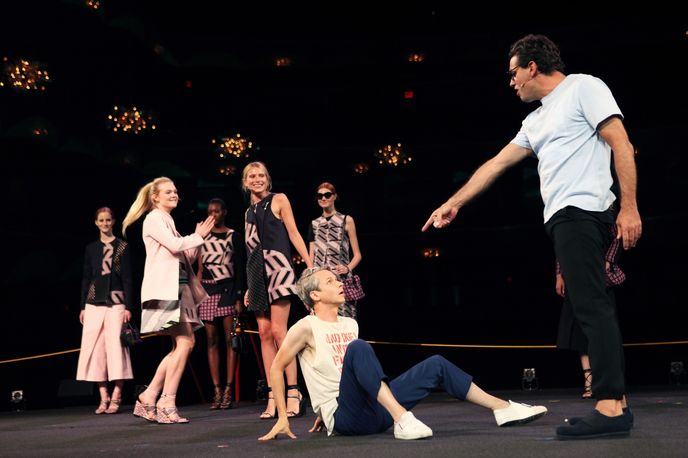 Play time: Opening Ceremony gets its Netstalgic act together

New York – To promote its spring/summer 2015 collection during New York Fashion Week, Opening Ceremony staged a one-act play featuring a celebrity cast, a satirical storyline and a pervasive sense of nostalgia for the days before the internet.

The play followed preparations for a fictional Opening Ceremony runway show, in a send-up of fashion stereotypes. Models, stylists and journalists jockeyed for position, poking fun at the industry’s occasional vapidity along the way.

The collection itself was an exercise in nostalgia, with designers Humberto Leon and Carol Lim harking back to their adolescence in around 1991. Patterns and shapes were inspired by ASCII code, a system for representing text used on early computers, while colours were drawn from the green lawns and swimming pools of suburban Los Angeles.

‘Before the responsibilities of adulthood set in, there were outdoor pools, indoor malls and teen naïveté,’ the designers explained in a statement. It was a time ‘before subversion had consequences and the internet would diffuse a thousand wayward voices into complex subcultures’.

As if to transport viewers back to the days before omnipresent mobile technology, the designers asked people not to use phones or cameras during the event.

As the online audience for Fashion Week grows, brands are moving beyond the runway to show collections in ways that make the most of the opportunity to stage a live event. For more on why consumers are embracing immersive experiences, read our Futuretainment macrotrend.